Cosmos Multiverse or Universe – Many or One? 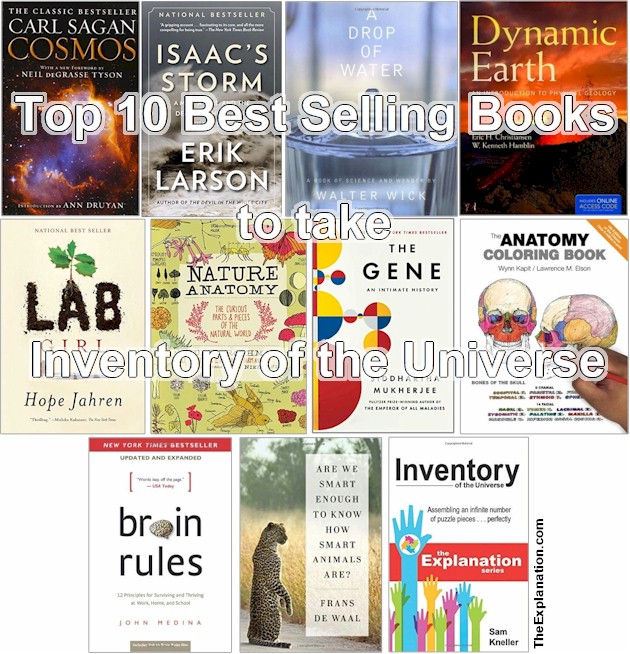 Inflation, cosmos multiverse, string theory, dark energy… do they have anything in common? According to some astronomer’s theories, maybe so.

Before publishing this post, I checked to see the ‘relevance’ of the word ‘multiverse’. Frankly not much, I added the word ‘cosmos to the title hopefully to add to its relevance for understanding not that a lot of you might even be interested in this subject.

But, as you know, as part of The Explanation, I don’t just treat the ‘scientific’ aspects of such subjects. I must say, you do hear a fair bit about ‘cosmos multiverse’ these days and it’s interesting to be aware of what’s being talked about in the higher spheres of cosmology. You don’t have to understand such subjects fully, who does?

The key reason I’m diving into this subject is that it is a resume of a four-hour series based on the book ‘The Fabric of the Universe‘ by renowned physicist and author Brian Greene. In fact, he’s the presenter of this video and I was in for a pleasant surprise: The approach he took. To understand The Explanation and reach a worldview, the approach is vital. Especially for cosmos multiverse issues.

Remember, if a piece of the puzzle is not the right shape, you must force it into position. Doing so will cause the adjoining pieces to be askew, and this will ripple through the puzzle. Your worldview will be off kilter and it won’t be possible to reach the proper Explanation. The cosmos multiverse question is part of the framework of the puzzle, so we must get it right.

There are two possible approaches:

He did not present it in a dogmatic way. Greene uses the the words if‘, could, and might indicating he realizes that much of this is conjecture at this time. We can’t believe in anything unless there’s observational or experimental support. Are there an infinite number of other universes existing right now? we don’t know, at least not yet… Other scientific individuals participating said things like:

– ‘It’s a leading hypothesis because none has another one which makes as much sense’ (Leonard Susskind, Stanford University)

– ‘If you choose not to believe it, that’s fine because we’ve not given you any evidence yet’  (Clifford Johnson, Univ of Southern California)

The following is a resume of the Transcription de Fabric of the Cosmos: Universe or Multiverse?

The theory says there are actually billions upon billions of universes and new ones being born all the time. The foundation for the theory came from Alan Guth, a professor at MIT. In 1979, when he discovered what the bang was in the Big Bang theory. It was a sort of repulsive gravity that pushed things apart. He called the bang inflation, which was a period of incredibly rapid exponential expansion.

Later, Alex Vilenkin was pondering when inflation stops and what happens when it does when he made another discovery on the topic. He realized that inflation never completely stops and is always going on in some region of space. This idea, called eternal inflation, suggested that there may be more than one universe, a multiverse. (sk: notice the jump made here: that there’s not one big bang but multiple big bangs)

The multiverse idea gained support from two completely different areas of science. The first was from string theory. The strings in string theory had more than just three dimensions, but we can’t see these extra dimensions because they are extremely small and knotted around individual strings. These extra dimensions determine the way the string vibrates, and that, in turn, determines the physical features for our universe.

The only problem was that there were 10 to the 500 power different and valid shapes for these dimensions, but only one could belong to our universe. That left few other options; there very likely is a multiverse. (sk: notice how this conclusion is reached: by assumption that there are other vibrations/shapes and hence universes)

The other side of the support would come from the calculations for dark energy. Scientist’s thought that it would be some number trillions and trillions times bigger than what they found, 10 to the -122 power. Scientists were baffled at how they could be so wrong and yet the amount be just right, for if there were even a few less zeros, say four or five, the universe would be pushed apart so quickly that stars and galaxies wouldn’t have formed and we simply would not exist.

If we were living in a multiverse where universes infinitely spawn, (sk notice the assumption as the basis for going on to the result) then you would not be very surprised to find a universe with so small an amount because there are an infinite number of chances for it to happen. Just like there were an infinite number of chances to find a universe with our amount of dark energy, you would also likely find more universes with replicas of everything and everyone, but with some small changes.

If this theory proves to be true, we will be witnesses to one of the most exciting and dramatic upheavals to our understanding of the fabric of the cosmos.

If you are further interested in the topic of Cosmos Multiverse, here’s an interview with Brian Greene A Physicist Explains Why Parallel Universes May Exist.

Can you imagine there might be an identical of you somewhere out there? Maybe one is already sufficient! (I’m thinking about myself) The Explanation will comment on this in upcoming works.

The Explanation indicates the there could very well be another type of upheaval awaiting us… be patient, we’ll get to it.

Since you read all the way to here… you liked it. Please use the Social Network links just below to share this information from The Explanation, Cosmos Multiverse or Universe – Many or One?