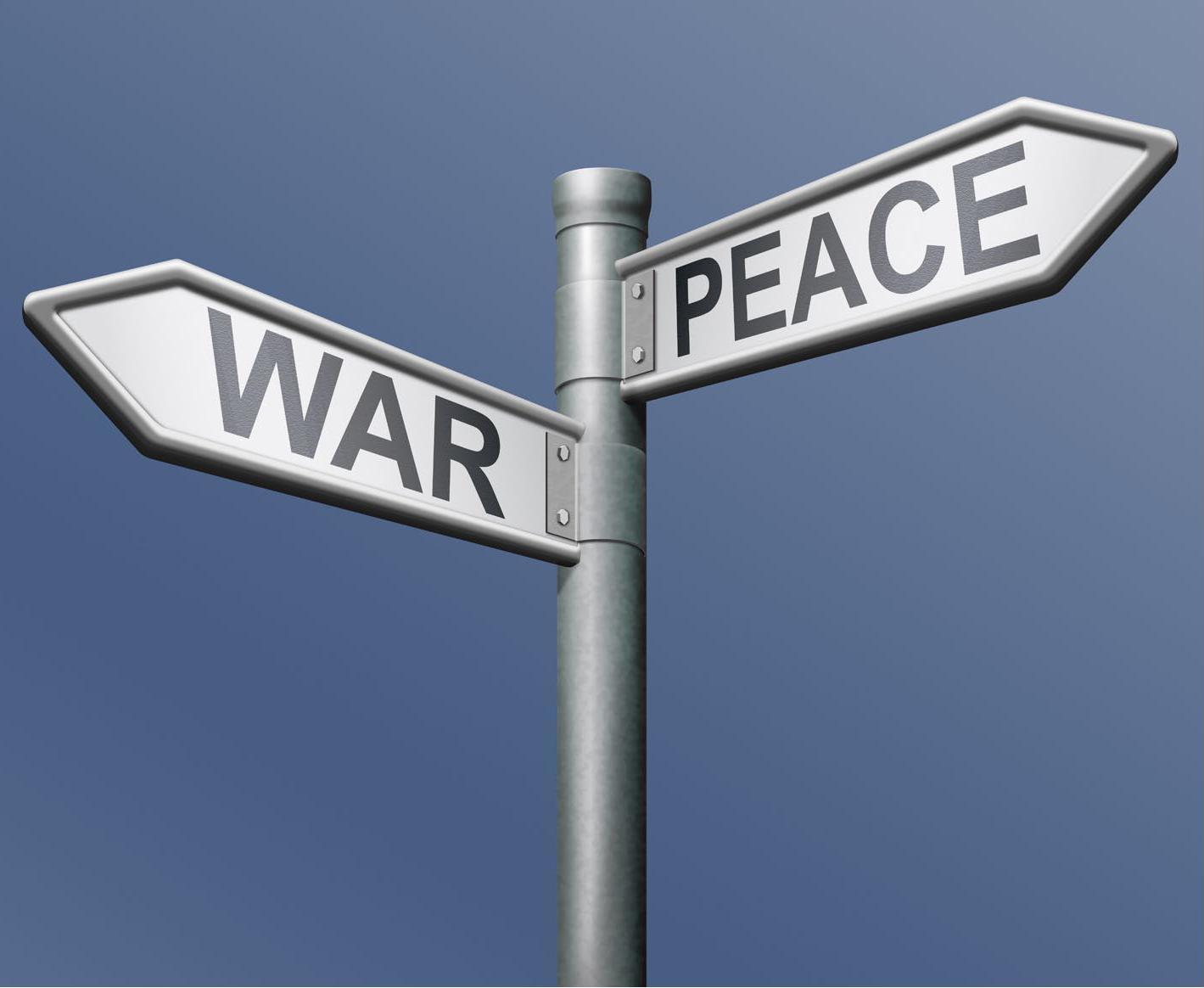 War is an integral part of humanity. War and Peace alternate down through history. How can we establish a lasting peace which has eluded humanity so far? (image credit)

WWI came to an end when an armistice was signed between the Allies and Germany in a train carriage in the forest of Compiegne, just North of Paris on Monday 11 November at 5.00 am. Six hours later at 11 am, guns went silent, and the fighting was over.

That said, negotiations between the belligerent forces went on for another seven months before the actual Peace Treaty of Versailles that officially ended World War I was signed in the Hall of Mirrors in the Chateau de Versailles, just West of Paris.

It is now realized that The Treaty of Versailles, by its terms, laid the seeds that led to World War !! some 30 years later. WWI claimed about 17 million lives of which 7 million were civilians. It also had an estimated 20 million casualties.  Together that represents more than the entire population of Canada.

This is not a pretty picture, and as I said, the final terms which took six months to author and, which included terms of surrender, reparation and were suitable for the Allies left bitterness and unacceptability on the losing side, the result being this short-sighted approach of the Versailles Treaty didn’t avoid an even larger, in fact the largest conflict to date: WW2

WWII claimed about 25 million military lives, 25 million civilian lives, and another 25 million deaths related to war deprivation like famine and sickness. These totals represent about 4 out of every 100 people alive worldwide at that time. This does not even take into account the wounded. Few families were unaffected by this worldwide conflict.

I don’t like presenting war in terms of ‘figures and statistics’ because it in no way represents the trauma horror and deprivation nations, families and individuals went through. I don’t have to tell you that there are innumerable books, documentaries and movies that expound on these horrific experiences.

Between the two World Wars

Did we learn from WWI? Was warfare curtailed in those 30 intermediary years? Unfortunately, the answer is no. About 170 conflicts of varying degree are history. In naming these conflicts here are some terms used: Revolts, massacres, incidents, rebellions, terrorism, coups, invasions, putsches, uprisings, clashes, civil wars, revolts, agitations, revolutions, riots and crises.

Since WWII, all the above terms are equally valid… if not more so. War is an integral part of humanity… it’s a fact.

The Explanation is dedicated to the question: How would you bring peace and prosperity to Earth? In the light of the 96th commemoration of the Armistice of 1918 (celebrated 2 days ago, Nov. 11 2014) and the passing from the scene of the last surviving soldier of the WW1 conflict we have to look the situation right in the face and ask not only… is the situation improving or regressing but even more importantly:

If we want peace, then we can’t help but ask fundamental questions to see if there are valid answers and what those answers are.

Dozens of questions like these really remain without solid answers… even today in our advanced society.

None of this is ‘fiction’, we can’t think that solutions will just ‘show up’. This is serious business. Real peace and prosperity depend on real answers to these and many other fundamental questions.

Stay with The Explanation for the next months I’ll not only ask more questions but propose solutions to show what an eventual positive outcome could be.

Since you read all the way to here… you liked it. Please use the Social Network links just below to share this information from The Explanation, Nov 11, 1918: End of WWI but not the End of War