Violence – sign of our times? Sex & Blood in Movies & Games 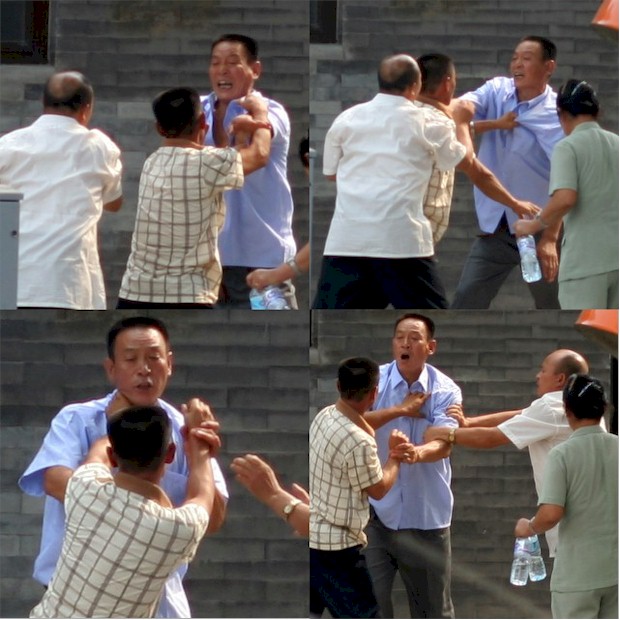 Violence in Ferguson, Missouri. November 25 is the International Day for the Elimination of Violence Against Women, Metro incidents in Cairo…

Violence can break out anywhere… in the home, on the streets, in the battlefield… (photo credit)

In preparation for today’s blog post, as usual, I did a little research. I’d heard about the above events of last night and today and said to myself, “it’s not possible that there be news for ‘violence’ followed by every single letter of the alphabet.” To my amazement, I was wrong.

This blog is short and bitter. Here’s just a partial list of those news items.

As you know, The Explanation blog does not take sides. I try to bring phenomena of society to the surface for deeper analysis. To try to ask the deeper questions. I heard a quote from a lady who had spent 22 years in prostitution and gone through probably every type of harassment possible. She said, “men can’t control their impulses,” and added, “it was mostly married men.” Obviously this is a general statement from her perspective. But how widespread are these phenomena, even at a lesser level?

At the same time in France, a westernized, civilized, more well-off society, a woman is beaten to death every three days within a family context.

Violence does solve problems (yes, it’s there, I didn’t make it up)
Insults domestic

Disorder enough is enough lyrics
Violence epigenetics (Can violence be excused because of this concept?)

In the end, this is only a partial list. If you want, do your own research, but there is more violence than we realize.

And the deeper questions:

These are the behind the scene questions we should ponder. It’s only when we get to the crux of an issue when we bare the puzzle pieces that we can begin to look for how to fit all the pieces together to get a real picture, a fuller worldview. Then we can begin to understand why humans are the way they are and what they’re doing not only on but with this planet Earth.

Since I originally wrote this post, things have gotten worse. There’s much more sex and violence in movies and in the press. Just opened up Yahoo France this morning (10 January 2021) to see the headlines. This is just after the storming of the Capitol in Washington, an unreal scene from a European perspective. What’s happening to democracy?

Five soldiers killed in Mali over the last few weeks with rebels making inroads in that poor forsaken territory. Journalists doing their best to give valuable information in the various languages spoken in the country, but having their efforts thwarted by commercial and political interests rather than altruism. Violence shows its ugly head in many forms.

Your comments are welcome. Stay with me as we delve deeper and deeper into humankind, men, women, children, their hearts and their minds.

Since you read all the way to here… you liked it. Please use the Social Network links just below to share this information from The Explanation, Violence – sign of our times? Sex & Blood in Movies & Games