Mystery of all times: Who, What, Why is Man Unique? 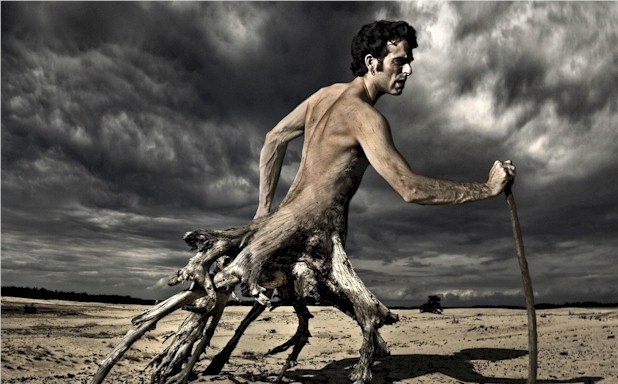 Is man unique?—there’s nothing like man—wherever you go on planet Earth, there’s man and man is unique. What makes man unique?

Is man unique? there’s nothing like man… wherever you go on planet Earth, there’s man and man is unique. What makes man unique? Photo credit to walltmblr where you can download free backgrounds

The Explanation asks this question in Audit of the Universe and gives plenty of evidence of how man is unique. Click here to go to the index of Audit, The story of life and humankind starts in chapter 7. But there’s another even deeper question: Why is Man unique? For the answer to that, I will answer that in Origin of Humankind, book 5 in The Explanation series.

Sorry to keep you in suspense, but each puzzle piece in its time. Today a lot of people have a hard enough time making a difference between animals and humans. True, we have a lot in common, but there are plenty of characteristics that clearly differentiate the two species.

I don’t usually refer to philosophers for concepts and ideas, but in this extract from Audit of the Universe, I do give their viewpoint on man’s uniqueness. I don’t adhere to their philosophies but respect their approach.

Here you have the thoughts of philosophers who have spent much time mulling over this vital question of—who is man—and have written down their conclusions. These include true attributions with a logically drawn conclusion. There is nothing hypothetical here, these are real experienced capacities of man with which I believe we can all agree.

As Galacti, our roving travel guide reporter might put it: “This is not Sam’s (the author) definition of man. This is how people have defined man over the centuries. All Sam is doing is bringing these points together to define the major traits of humankind.”

The Philosophies of why is Man Unique?

Philosophers have clearly noticed how the minds of animals and man are more than quantitatively different. They have a different quality to them, as well. There are certain qualities that make man unique. Let’s see how some philosophers pinpointed these traits:

I’ve put these differentiating traits in italics to more easily identify them.

Plato wrote about how we created communities as a way of reinforcing the power of our reason and communication. With animals, a struggle for power or disagreement always goes to the physically strongest in the herd. Human civilization, by contrast, provides a way for the smartest or most socially adept person to lead.

We don’t compete with animals on a physical level, our society has simultaneously supported and been supported by the advanced cognitive power that separates us from the animals.

Aristotle pointed to communication as the factor that defines us. Although some animals are capable of simple communication, only human language captures abstract concepts. A bird can indicate the location of food, but only we can communicate what a space looked like before the food arrived, or describe a plan for growing more food tomorrow.

In his discussion of this vital difference, Aristotle also indicated another uniquely human quality – our ability to discuss and internalize moral codes. Morals and ethics are inherently abstract concepts, and only a being who can think and communicate in the abstract can be a moral or ethical creature.

“Or immoral or unethical,” Galacti points out referring to Audit of the Universe where the theme is the proverbial half-full, half-empty glass of peace and prosperity, and whether it is filling up or emptying out.

Rene Descartes, famous for saying “I think, therefore I am,” added the observation that true cognition is only possible through abstract language. The conversations we have with ourselves, the internal thoughts which so define our lives as humans, are only possible with the abstract words and idea unique to mankind. He said, “Animals are machines without souls. Lacking consciousness, they are incapable of thought. They follow instinct.”

Kant agrees, writing that of all creatures on earth, only we are not servants to instinct. Animals are aware of their current circumstances, but humans can imagine changes to our circumstance. This imagination, unique to our kind, is the foundation for everything we have accomplished. Kant also expanded on the discussion Aristotle started, pointing out that only when free of instinct can we be capable of forming morality.

Any individual human among us has the freedom to follow or not follow ethics and morals, while a hungry predator must kill. It lacks the ability of conscious choice we take for granted.

Rousseau built on this conversation by adding the concept of “perfectability.” By this, he didn’t mean that we are perfect, or even that we can become perfect. Instead, he identified man as the only being on earth that can learn and improve upon itself. Lions 10,000 years ago lived and behaved as lions do today. Sharks have been sharks for millions of years.

But we, and we alone, can change and transform as individuals and as a species. Animals obey their instinct, says Rousseau, and thus neither gain nor lose anything from generation to generation. We use intellect, experimentation and imagination to learn, grow and change … and to alter our environment through construction, innovation, and invention.

In the late 19th century, Bergson identified inventiveness as another characteristic unique to us. Some animals create tools, such as a monkey thrusting a stick into a termite mound to gather a tasty snack, but even the most advanced animal uses but one or two tools and even then uses only simple, found objects. They don’t manufacture tools. We use and manufacture a vast variety of tools and even invent tools for the express purpose of building other tools.

“How we use that capacity for good or ill can be … inconsistent,” I admit.

During the 20th century, Heidegger discussed existence as a concept and defined us as the only creatures on earth that exist. He argued that animals were conscious and aware, but actual existence requires three abilities:

Of all species on earth, only we have demonstrated even one of those three definitions.

Over the centuries, some of humanity’s most intelligent minds have discussed, debated and considered the differences between man and animals. They have expressed a variety of viewpoints in what differentiates the two, but are united overall in the opinion that humankind is somehow more than the animals.”

Put together, they represent different facets of the same human gem: cognitive capacity beyond the physical mechanics of the brain.

Man is light-years from animals.

Does this cognitive capacity come solely from the brain?

Stay with me, I’ll answer that question in the next few posts.

Since you read all the way to here… you liked it. Please use the Social Network links just below to share this information from The Explanation, Mystery of all times: Who, What, Why is Man Unique?