Your 2010 Knowledge of Biology is Now Ancient History 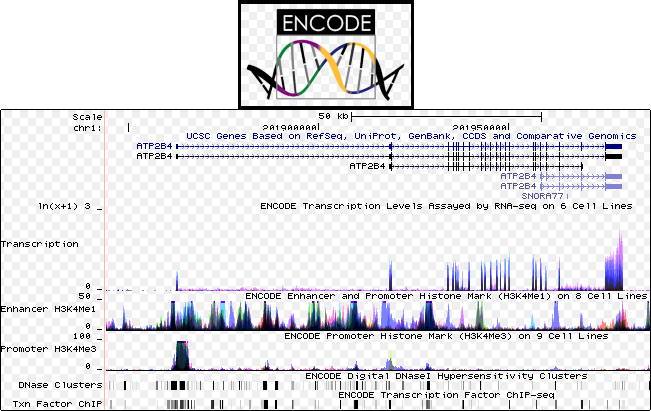 If you haven’t kept up in biology over the last few years, you need a total knowledge overhaul. This shows information on biology gene regulation. You don’t need to understand it. Just notice words like: enhancer, promoter, histone, transcription factor. Each of these and many more parts of our DNA make us what we are. (click for credit)

Pushed by research into health, or sickness, whichever way we want to look at it, the science of biology has gone from discovery to discovery over the last 3 years and we’re in for more breakthrough findings over the next few years.

If you’re not keeping up with a scientific writer in the know, you’re reading ‘olds’ not news. One of the most up-to-date balanced bloggers on this subject that I can recommend is Dr. Jon Lieff, a real buff who takes biology, brain and mind to another level while at the same time making it as accessible as possible for us mortals… even if you have to read and reread for it to sink in. It’s well worth the effort.

The Human Genome Project from 1993 to 2003 captured public attention for biology with its race and goal of detailing the 3 billion nucleotides of human DNA. It established the number of genes at approximately 20.000 representing 1.5% of the total DNA, a rather infinitesimal percentage. Until recently, genes were considered the carriers of cancer and numerous other genetic ailments. The thought was if we could identify genes and inventory their qualities, we’d be well on our way to recognizing the causes of our maladies. This has not come to pass, and it is now recognized that genetic malfunctions are elsewhere.

We have catalogued human DNA, but it did not identify the roots of genetic diseases.

ENCODE, the ENCyclopedia Of Dna Elements was set up to discover the functionality of the remaining 98.5% of ‘junk’ DNA as it was called because it had no direct part in transcribing new DNA. What role, if any, does this vast majority of the human genome play in life?

It turns out that it is immense.

The majority of the 98.5% of DNA takes a very active part in regulating DNA, RNA and protein transcriptions. What scientists have found, and it’s far from finished, is that there’s an astonishing amount of ‘mixing and matching’ between all sectors of the 3 billion DNA nucleotide chain going on.

It is impossible in a blog to go into details of these findings, and indeed, the goal of The Explanation is not that others are more competent at that exercise. I want to simply, and that is probably a misnomer, bring to your attention the complexity of the ‘system’. Because all of this is in a fully functioning system way too complex for even the fastest supercomputers to assemble in the split seconds, it takes to split chromosomes, combine proteins or fold DNA.

To show you some of what ENCODE detailed, I’m going to give you some vocabulary that is now being used to describe the processes in play all to do with DNA:

The transposable elements involved in these cut-and-paste processes can be autonomous, instituting their own moves of and by themselves OR non-autonomous, requiring the presence of other elements to initiate their moves.

I want you to realize that these ‘factors’ are various parts of DNA all interacting at the same time, in coordination to keep the body running smoothly. ENCODE discovered millions of such factors amongst the 98.5% of ‘junk’ that regulate the reproduction of cells and synthesizing of proteins.

The junk isn’t junk after all. Sign up in the right margin to be notified because the next blog will continue with this theme and will discuss, amongst other details of the biology of your body, the fate of the ‘gene’.

Since you read all the way to here… you liked it. Please use the Social Network links just below to share this information from The Explanation, Your 2010 Knowledge of Biology is Now Ancient History