Your (and my) WASTE causes CLIMATE CHANGE 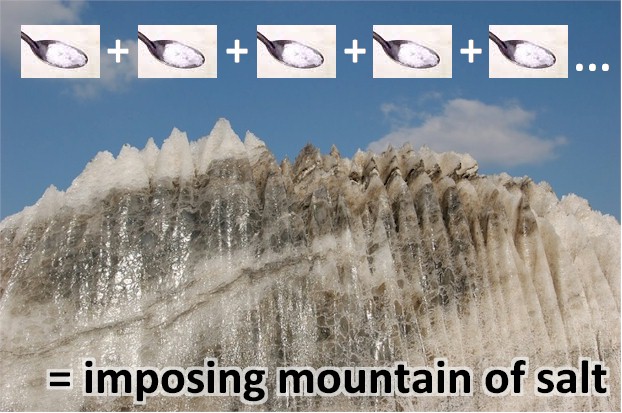 Last post we looked at climate conditions through one powerful contributor: hurricanes. And we very briefly discussed the wallop such a climatic behemoth carries and the damage it causes. We could’ve talked about the clout of the sun, lightning, rain, floods… all of them are synonymous with sheer power, brute force. Each one, considered as a local weather phenomenon, can have considerable impact and causes considerable drama. Man in 99.9999% of circumstance is a powerless weakling facing such formidable forces, be they for his benefit or detriment. Humans simply cannot control the forces of nature.

On the other hand, when we evoke ‘climate change’ we now know for sure that man is a good part, if not the better part, of the origin of this massive regular world conference calling crisis.

The question is: how can puny humans ‘be the causes of ‘climate change’ of an earth encompassing phenomenon so vast and powerful as ‘climate conditions’?

I mean, when you really think about it, it’s like dumping a teaspoon of salt on the ground. It’s ludicrous to think that humans can affect global weather conditions!

And yet, humans have and are doing just that. They are one of the primary causes of this catastrophe.

And you know, our dumb analogy of a teaspoon of salt on the ground isn’t so dumb after all.

If 7,000,000,000 people put 7,000,000,000 teaspoons of salt on the ground in the same place once a day… or once an hour over a few years! It all begins with one teaspoonful, or one plastic bag and one person and little by little grows until it reaches exponential levels. It grows at a rate that’s off the charts.

By the way, California is the first State in the USA to ban ‘single use’ plastic bags.

One of the major reasons mankind brought a halt to this situation isn’t because individuals made conscious decisions to change their habits. It’s because the FEW companies that produced all these sprays saw how they could help the environment and switched to more environmentally friendly products. It gave them the opportunity to market something new… which the public snaps up especially if, on top of it, they’re told it will help the environment.

But it proves the veracity of the ‘climate change’ equation:

At the climate conferences talk is on a global scale, they point fingers at governments and industry but, when you think about it… all those organizations are made of human individuals who is EACH emitting individual carbon emissions.

Did you know that the 99th percentile of global annual family income is incredibly low by Western standards: roughly $33,000 per year. Many of them and certainly the one percentile of families earning above that are adding teaspoonful after teaspoonful to the carbon greenhouse mountain.

Here are some ‘teaspoonfuls’:

I’m not trying to tell you how to run your lives. I’m just trying to show you the relationship between individuals and climate change. Each single human being, now 7,000,000,000 strong (that’s not a drop in the ocean or… a teaspoon of salt), together a humongous pack of avid people trying to get our hands on a little portion of ‘carbon’… No, that’s true we don’t want ‘carbon’… but we sure want what it produces when we release carbon into the atmosphere.

It’s this exponential growth that has brought climate change. It is the ‘power of billions’ of humans that is now a match for the environment of the Earth. Not only is it a match, but it is indeed overpowering Mother Nature herself.

The Explanation will keep you informed on behind-the-scenes developments and, in future episodes, show how this all ties in with our worldview puzzle. It is another piece in the story of Earth’s atmosphere. Why does humanity have to go through these mind-boggling global problems? Join the mailing list in the right column.

Please add your comments below as to how you specifically see mankind either contributing to or trying to turn the ‘climate change’ situation around.

Since you read all the way to here… you liked it. Please use the Social Network links just below to share this information from The Explanation, Your (and my) WASTE causes CLIMATE CHANGE