Humankind and Discrimination… a Bad Mix 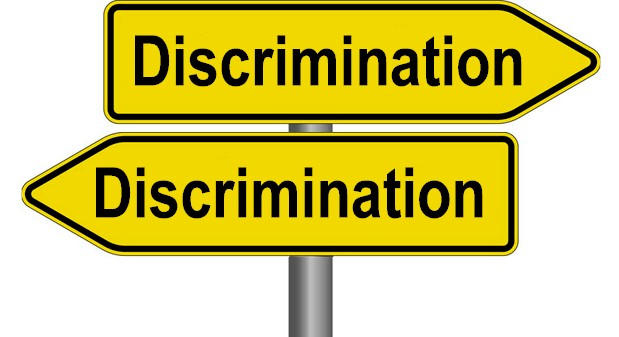 Humankind and discrimination. Today is the 70th anniversary of the liberation of Auschwitz concentration camp and at the same time, numerous other death camps of WWII to exterminate various peoples considered ‘sub-cultures’ of the world. Humankind and Discrimination. We’re in the 21st century and would like to believe we’re in a civilized world. But how rampant is discrimination?

I just spent the weekend in London and saw a rather unusual musical: ‘The Scottsboro Boys‘, the story of 9 black teenagers, the youngest 12 years old, who were jailed in Kilby prison, just North of Montgomery,  Alabama for the purported raping of 2 white women in 1931. They went through umpteen trials, 4 were eventually released. They led dreadful lives and died horrendous deaths marked for life by their ordeal, and the others died in prison.

In 2013 they were all granted a posthumous pardon, as they had been wrongly accused and were totally innocent. In fact, one of the women had refuted her story during one of the trials, but in spite of that, the ‘boys’ were kept in jail and found guilty. This is considered a prime case of the misfunction of justice, one of the main points being all-white juries.

The Explanation’s goal in broaching these subjects, once again, is not to ‘rewrite history’ or even go back and critique these events as horrific as they are. My goal is to help us comprehend why ‘humans are the way they are’. How can humankind treat their fellow-humans in such a manner?

If I use the term man it’s in a generic fashion because it includes women, children, babies, elderly, handicapped and any number of other categories we might find amongst humankind and discrimination with which all these terms can be associated.

The definition of discrimination is, ‘the unjust or prejudicial treatment of different categories of people or things, especially on the grounds of race, age, or sex‘

We live in the 21st century, the most modern, advanced period of civilization that has walked the face of this planet and yet, if I were a betting man, I’d say you’d be hard pressed to find someone who hasn’t experienced, or who doesn’t know of someone who has experienced humankind and discrimination in one form or another. In spite of these first few famous words of the Universal Declaration of Human Rights about humankind and discrimination, “All human beings are born free and equal in dignity and rights.”

And it behooves us to ask: Why is it when we are putting such great effort, education and vast sums of money into ‘integration’, trying to get people to live decently and harmoniously together are we having such appalling results?

When you think about it, child labor is part of humankind and discrimination… why do so many adults treat children, sometimes their own, that way? Why do we have publicity campaigns against certain merchandise when it is known such labor practices are behind their manufacture?

A very well known doctor in France, Michel Cymes, has just published a book with this title. It is an inquiry into the sinister experiments of the Nazi doctors in the death camps during WWII.

As a doctor, beyond that of just being a human being, when he visited Auschwitz, he couldn’t understand how Nazi doctors could cause such harm to fellow human beings after taking the Hippocratic Oath. Here is an excerpt:

… Whatsoever house I may enter, my visit shall be for the convenience and advantage of the patient; and I will willingly refrain from doing any injury or wrong from falsehood, and (in an especial manner) from acts of an amorous nature, whatever may be the rank of those who it may be my duty to cure, whether mistress or servant, bond or free…

He describes the heinous actions of the main monsters: Mengele, Aribert Heim, August Hirt. Have their grim experiences advanced science? “It is very difficult to answer. Most of the ones I describe have been of no value, says Michel Cymes. Mengele, who kills 2-year-old twins and autopsies them to try to find the ‘secret of twins’ … We reached the pinnacle in terms of horror.”

His goal in his book is to enter the genocidal head of these doctors in white coats, to question the functioning of these experiments, the extent, and banality of evil. The task was daunting, but his clinical descriptions – including pages devoted to the dark past of the Strasbourg medical school – have the effect of being a helpful reminder of these barbaric times of trying to purge the earth of what some considered sub-humanity.

“My identity is that of a doctor, so I naively tried to answer this question regarding how doctors could act this way,” Not surprisingly, the article concludes that the book offers no firm answer.

Unfortunately, such a question regarding the ultimate in humankind and discrimination and the outrageous extent to which humans will go against fellow humans is almost incomprehensible.

This is not an easy question to ask in a blog post like this! In book 2 of the Explanation series, Audit of the Universe, I devote a chapter to comparing the extreme goodness and the extreme evilness of man.

Suffice is to say, there is an answer to this… and it has to do with man’s mind and man’s imagination and just how far that imagination can take man down into an abyss… even causing him to think he’s doing good all the while doing what some would term ‘overwhelming evil’.

To understand how to bring peace and prosperity to Earth, we have to ask ourselves deep questions we’d probably like to avoid. The Explanation takes you through the entire process of asking and answering such questions. Join the no-obligation mailing list by signing up in the right column to keep up to date in the upcoming weeks.

Since you read all the way to here… you liked it. Please use the Social Network links just below to share this information from The Explanation, Humankind and Discrimination… a Bad Mix