God Divided the Light From the Darkness – Amazing Meaning 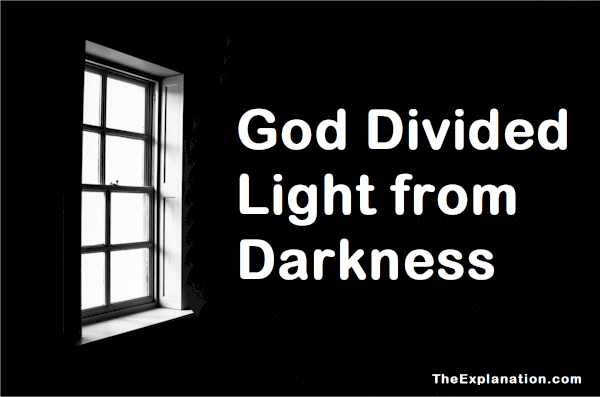 The meaning of God divided Light and darkness – another translation understatement

Unlock Bible Meaning with Key 1 to master Biblical Hebrew is the same Hebrew word has various meaning. Those other translations bear on the extent of how God divided light and dark.

This blog post is Key 1 lesson 6 from the course Unlock Bible meaning with 7 Keys to Master Biblical Hebrew. If you are new to this teaching, please revise prior lessons to gain an oversight. Links to former lessons are in the right column (Categories > 7 Keys Bible Course), or via the Previous Post or Next Post links on the left and right side of each Post. Thanks for reading to bring yourself up-to-date.

This is your first exercise, and it involves the very first action of God in Genesis 1:3-5. It is the inauguration of the fascinating story of humankind. It’s like breaking a bottle of classy champagne on the hull of the majestic cruise liner Queen Elizabeth II and launching a grandiose vessel. Where there was pitch black, now there’s light. However, in this narrative it’s not just the appearance of light, it’s much more. God divided the light and darkness, He didn’t eliminate the latter; He divided them one from the other. If God is all Light, which He is, why didn’t He dispose of darkness completely?

3 And God said, Let there be light: and there was light.

4 And God saw the light, that it was good: and God divided (H914) the light from the darkness.

5 And God called the light Day, and the darkness he called Night. And the evening and the morning were the first day.

You’ve checked Strong’s Concordance and seen the other translations used to render bawdal, (H914). Let’s feel the depth of divided. 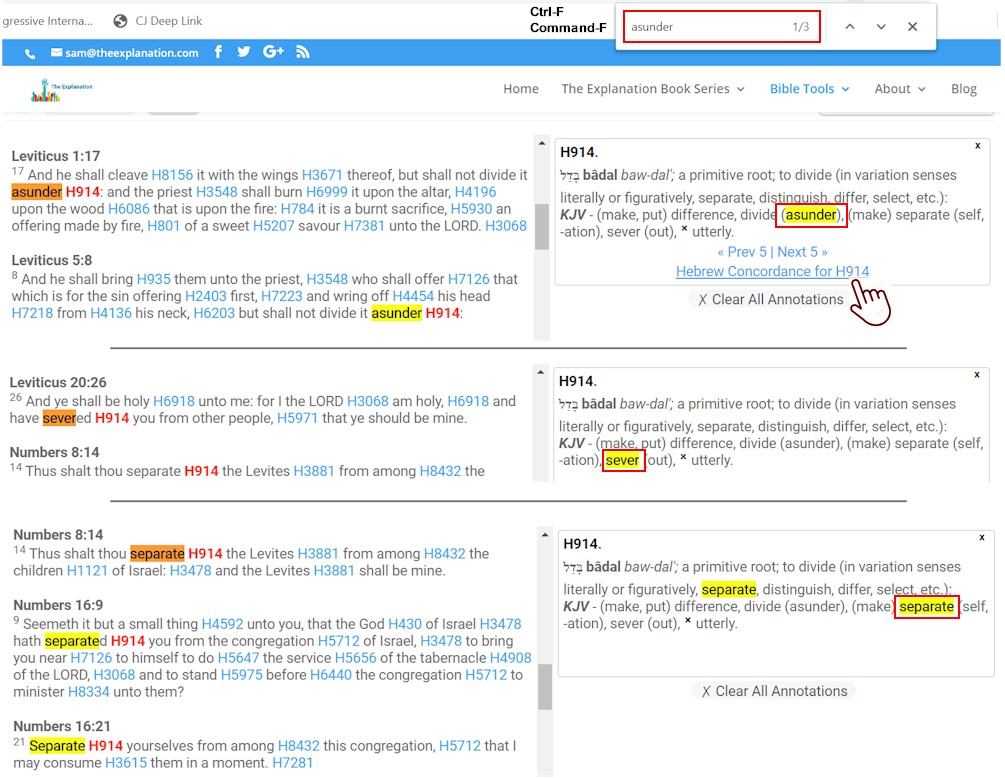 Notice the strength, the power, of the words in English, asunder and sever. What are your conclusions?

Here are a couple of contexts to reinforce the strength of what divided should mean to us.

25 You shall therefore put difference (H914) between clean beasts and unclean, and between unclean fowls and clean: and you shall not make your souls abominable by beast, or by fowl, or by any manner of living thing that creeps on the ground, which I have separated (H914) from you as unclean.

26 And you shall be holy to me: for I the Lord am holy, and have severed (H914) you from other people, that you should be mine.

20 He measured it by the four sides: it had a wall round about, five hundred reeds long, and five hundred broad, to make a separation (H914) between the sanctuary and the profane place.

The narrative when God divided light from dark is not merely witnessing dawn and dusk with their smooth, calm, and often romantic transition. This division makes a clear distinction; light and dark have nothing in common; it shows they are two very different and separate entities. As we understand in Ezekiel, above, there’s a literal barrier separating darkness and light, the profane and saintly places.

What we see here is this dividing means God doesn’t have a mixture of semi-darkness or semi-light or twilight. He has divided it into deep dark and bright light: complete opposites, there’s no in-between. It’s like the dark in a movie theater and then, suddenly, the stage, spot and house-lights snap on.

God divided the light from the dark. He severed it asunder. God is telling us not to confound light and dark, they are two totally distinct and separate entities.

Here’s something to think about.

How does the term “God divided light and dark” connect with the yin-yang balancing act of the black and white symbol flowing into each other? The commentary below is from Wikipedia. 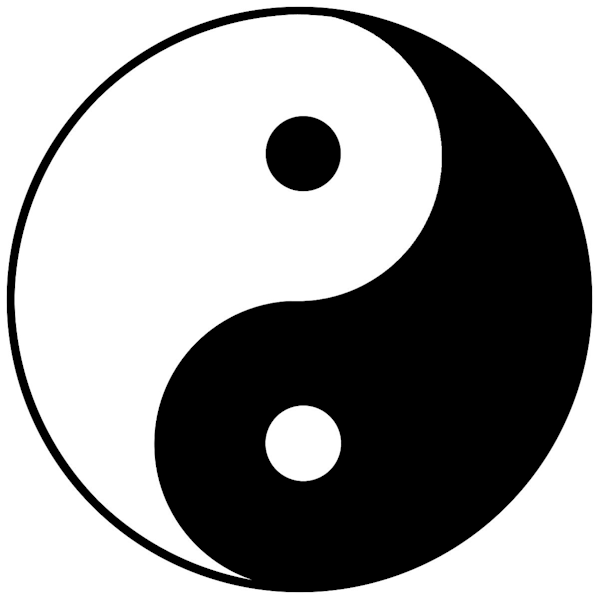 In Ancient Chinese philosophy, yin and yang (/jɪn/ and /jɑːŋ, jæŋ/; Chinese: 陰陽 yīnyáng pronounced [ín jǎŋ], lit. “bright-black”, “positive-negative”) is a concept of dualism, describing how seemingly opposite or contrary forces may actually be complementary, interconnected, and interdependent in the natural world, and how they may give rise to each other as they interrelate to one another.

The notion of duality can be found in many areas, such as Communities of Practice. The term “dualistic-monism” or dialectical monism has been coined in an attempt to express this fruitful paradox of simultaneous unity and duality. Yin and yang can be thought of as complementary (rather than opposing) forces that interact to form a dynamic system in which the whole is greater than the assembled parts.

According to this philosophy, everything has both yin and yang aspects (for instance, shadow cannot exist without light). Either of the two major aspects may manifest more strongly in a particular object, depending on the criterion of the observation. The yin yang (i.e. taijitu symbol) shows a balance between two opposites with a portion of the opposite element in each section.

God divided in opposition to yin-yang

God severed asunder the light and the dark. With God there is no light in the dark and no dark in the light. The very first Creation act portrays God’s plan.

1 John 1:5 This then is the message which we have heard of him, and declare to you, that God is light, and in him is no darkness at all.

1 Peter 2:9 But you are a chosen generation, a royal priesthood, an holy nation, a peculiar people; that you should show forth the praises of him who has called you out of darkness into his marvellous light:

Revelation 22:5 And there shall be no night (darkness) there (New Jerusalem); and they need no candle, neither light of the sun; for the Lord God gives them light: and they shall reign for ever and ever.

The next lesson will complete our survey of Key 1

Further confirmation of God divided; this cutting separation of light and dark with the missing word between in Gen. 1:4.

Since you read all the way to here… you liked it. Please use the Social Network links just below to share this information from The Explanation, God Divided the Light From the Darkness – Amazing Meaning