Men and Women Equality. Discover the Big Meaning of ‘adam’ 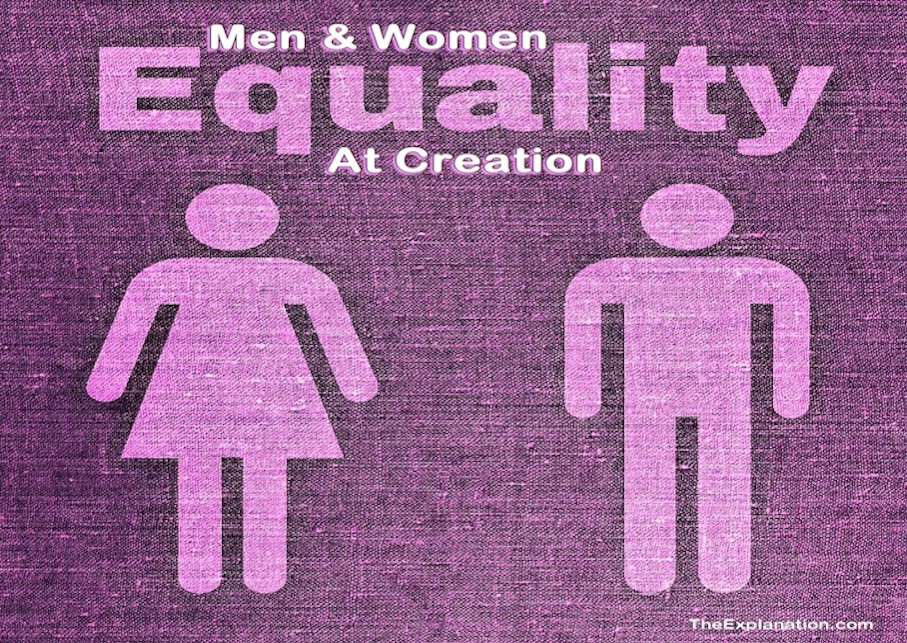 In Genesis 2:7, who received the breath of life, neshama? Does neshama play a role in men and women equality? What does adam mean? 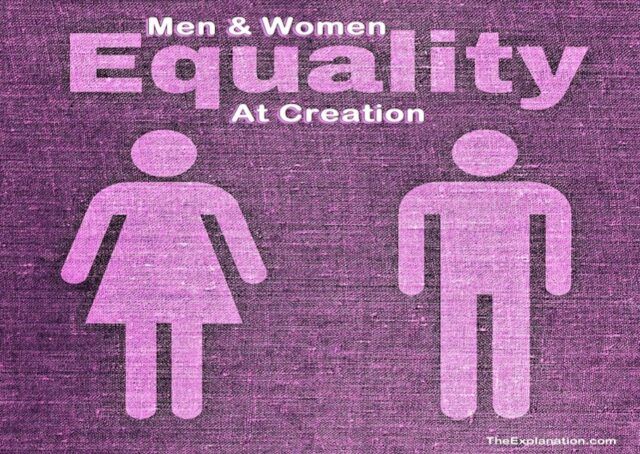 Everybody knows the Bible indicates the creation of Adam as the first human being. How accurate is this affirmation and what does this say about men and women equality? We’re In trouble if we just take the English version of the LORD God formed man of the dust of the ground, and breathed into his nostrils the breath of life (neshama); and man became a living soul. It looks like man, man, man.
(Mind-Body Problem Solved, chapter 8)

Most Bible readers think this refers to Adam and naturally make the link man refers to the male gender. Is that fact or error? Maybe it’s a part of the problem of men and women equality?

Let’s get the ball rolling with the 4-Step Bible study method to understand the God-given meaning of man. At the same time, we’ll see who the recipient of the breath of life is and focus on God’s point of view regarding men and women equality.

At UnlockBibleMeaning.com let’s find our verse.

And the LORD God formed man (H120) of the dust of the ground, and breathed into his nostrils the breath of life; and man (H120) became a living soul.

We saw the breath of life is the neshama, (the inspiration). It’s the man – H120 (mentioned twice in this verse) who receives this gift from God. 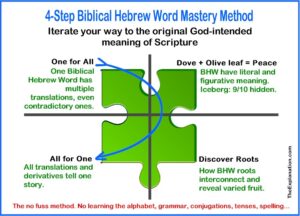 The 4-Steps for Biblical Hebrew Word Mastery are present. Identify them.

The goal is to tie ALL these meanings into ONE story; that’s Step 4.

After your study, read what follows.

Here is a surprising meaning of man - H120

“And thirty and two thousand persons H120 in all, of women that had not known man H2145 by lying with him.”

The persons – H120 – adam – אָדָ֔ם refers to… women! Person, in this context, refers solely to the 32,000 women who had not had intercourse with any man. As an aside, the Hebrew for man is H2145, look it up, it is male, We shall return to this word in a later study. This verse in Numbers is clearly referring to sexual relations, or rather their absence, between women and males.

What I want you to retain from this more complete comprehension of adam is we know the first human created was Adam, a male, But, the adam in Gen. 2:7 includes the meaning human and person. This means ALL humans, regardless of their gender, of who they are, where they live, their culture, or anything else that characterizes them, receive neshama, the breath of life.

I am spending a little time on this subject because some readers and Bible advocates or detractors, of both the Old and New Testaments, contest men and women equality in the Bible. And, I agree, there are ALL sorts of verses that SEEM to indicate their inequality. Emphasis on the word SEEM. I can only touch on this broad subject here. There are vast differences between the abilities, capacities, responsibilities, and obligations of males and females. Similarly, all men and no two women are alike either. Each one of us is a unique human finding and adjusting his or her place in society and life. This is an exciting subject. How and why does such diversity exist? We will go deep to answer these questions. But not today.

For now, bear in mind one biblical fact.

Each and every human, past, present, future, possessed, possesses and will possess the breath of life, neshama. In this, men and women equality is the biblical reality.

Let’s be even more precise. Infants possess neshama, Even a baby that lives, unfortunately, for a few seconds possessed neshama. It had the breath of life for an instant and that makes it equal to all other humans. Sadly, some are born with mental deficiencies or, through life, fall into mental incapacities, they too carry neshama. Regrettably, some, through old age, develop Alzheimer’s or some similar impairment, they too are endowed with neshama. Every single living human being, no matter what their state, is animated with the breath of life, neshama.

When we understand what neshama is and the role it plays for humankind, this is one of the most comforting comprehensions each of us can have regarding the sick, the refugees, the troubled, tormented, harassed, mistreated people in the world, and there are many of them. They all benefit from men and women equality. I agree, their troubles don’t sound fair, now, in this world, in this lifetime.

But know that breath of life, in biblical Hebrew in Genesis 2:7, is not singular. It is breath of LIVES – (נִשְׁמַת חַיִּים). We will develop this subject later. The key here is the Bible establishes men and women equality right from the start at the moment of Creation. All sorts of events happen to men and women later in the Bible story. Yes, God is responsible for some of them, like Numbers 31:35. This is another important subject elaborated in Origin of Woman, Agony of Humankind and the Antidote, and Evidence for Bible Wisdom.

Men and women equality, through the possession of neshama by all humans, is a fundamental biblical truth that, unfortunately, many are not aware of.

Do Animals possess neshama? No

Let’s answer this question unequivocally from the Bible, and then we will see the consequences for our understanding of the relationship between animals and humans. The following context in the book of Joshua enlightens us.

10:40 So Joshua smote all the country of the hills, and of the south, and of the vale, and of the springs, and all their kings: he left none remaining, but utterly destroyed all that breathed (H5397 neshama), as the LORD God of Israel commanded.

11:11 And they smote all the souls (H5315 nefesh) that were therein with the edge of the sword, utterly destroying them: there was not any left to breathe (H5397 neshama): and he burnt Hazor with fire.

11:14 And all the spoil of these cities, and the cattle, the children of Israel took for a prey to themselves; but every man they smote with the edge of the sword, until they had destroyed them, neither left they any to breathe (H5397 neshama).

As you reflect on these Bible passages, keep in mind Joshua 10:40. God commanded those crossing the Jordan to destroy all that breathed (neshama). Reading this in English, we limit ourselves to physical breathing which humans AND animals display. But, in the last episode, we saw neshama also carries the figurative or abstract meanings of inspiration and spirit.

In this episode, as the children of Israel entered the Promised Land, they utterly destroyed all the nefesh (souls) with neshama (breathe, as it’s translated here, but it includes inspiration). HOWEVER, they took the cattle, which also breathe, for prey.

Since they destroyed ALL beings with neshama and kept the cattle alive, then cattle do NOT possess neshama.

We will expand on this subject, but you’ve just learned an important Bible concept. ALL HUMANS POSSESS NESHAMA, that’s men and women equality. However, ANIMALS DO NOT POSSESS NESHAMA. Vital knowledge which totally differentiates humans from animals and explains the impassible chasm that separates them. Do you realize the impact of this Bible comprehension on sciences like social behavior, which studies animals to see why humans act the way we do? Do you see that saying chimps and humans share 98.8% of their physical DNA omits completely the fact that chimps do not possess neshama, but humans do possess this inspiration? We will return to this subject.

By understanding the full meaning of the biblical Hebrew word adam we see men and women equality because all humans are endowed with neshama. By the same token, we see that animals, with all their amazing qualities, which we will discuss, do not possess neshama. This sets all humans totally apart as an exclusive race. The Bible is the story of men and women equality, unique humankind.

Since you read all the way to here… you liked it. Please use the Social Network links just below to share this information from The Explanation, Men and Women Equality. Discover the Big Meaning of ‘adam’