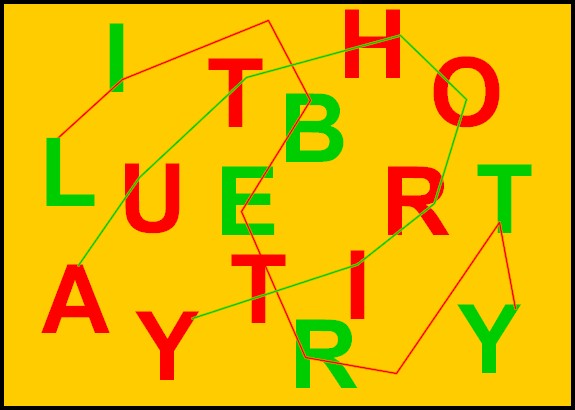 On Wednesday, 7 January 2015, Paris Terrorism left twelve people dead, 3 in flight, a newspaper, Charlie Hebdo devastated, a city traumatized, a nation in mourning and a world in more disarray. Following the Paris terrorism act at Charlie Hebdo offices that left 12 dead, and a nation traumatized, this image summarizes the situation

I happen to live in France so, was closer to this one and you can’t help thinking about the affected families and friends. Nationally known cartoonists, writers and an economist for this satirical newspaper were gunned down in what must have been an eternity long five minute execution.

This touches France deeply, so profoundly that President Hollande decreed a day of mourning, a very rare occurrence only having occurred 6 times in the past, including events of 11th September, Unfortunately such dastardly attacks are common items in certain countries around the world and barely make the press in their own country, getting little to no coverage internationally.

Such events, their nature and all the minute by minute details such as the massive manhunt for the instigators here in Paris are covered by the daily press. As you know by now, this blog, The Explanation, takes a different approach and a more in-depth look at the perpetration of such misadventures. What are the real, deeper issues behind such catastrophes?

This is not the first time such an act has taken place against Charlie Hebdo. In 2011, their offices were firebombed as a result of publications that were considered offensive. The journal is not the only satirical one of its kind, but, through its artists and writers it has taken outspoken positions on touchy issues like bankers and the use of money, the police and how they treat the populations, in particular, certain groups, politicians and their egoism, religion and religious figures. Even the pope and God Himself are not immune to questioning with an off the cuff delve into the existence, or not, of Jesus. They’re not necessarily looking for news, provocation is the name of the game.

And this brings us to the crux of the matter. ‘Freedom of the Press’, Or, simply freedom.

Before I go any further, let me say I’m very, very very pleased to be living in a free country, do you get the point?! After all, I too, can write what I want… so there’s no question of denying it or not appreciating it. That said, The Explanation takes a closer look at Liberty and what this means in the light of Paris terrorism or in many other situation where this much touted commodity is either lacking or running rampant.

One of the individuals killed by the terrorism at Charlie Hebdo’s offices was Bernard Maris, a respected economist who reported for the journal. He was on the economic left and he decried the excesses, lapses and deterioration of capitalism. Now, if you’re on the ‘right’, reading this, that might upset you. But, the question is, does capitalism have the LIBERTY to do whatever it wants? Has the West pushed capitalism to the brink? Even beyond the brink? As it’s practiced, is capitalism economically viable for the well-being of the people it’s supposed to serve?

Where are LIBERTY and unbridled FREEDOM taking the West and indeed this world? (Notice I didn’t say ‘freedom’, I said unrestrained freedom). Have you ever thought that anything unbridled is not good for you?

Here we could reel off a number of areas that are bound to boil some passions: Try these: Total freedom of expression on Internet. On and off-stage antics by male and more often than not female artists. Selfies and doubtful ‘challenges’ that are sprouting up. Freedom for use of drugs and alcohol. Freedom to ‘beat’, verbally and otherwise, on leaders of our nations, the authorities of our cities and the police and school personnel.

Now I’ve opened Pandora’s box! This list could go on for a long time, but I will halt here. The key question to ask is: do we all live in isolation so that each can do whatever s/he pleases and not have to think about their effect on their fellow-people?

Absolutism or abandonment are excessive opposite forms of ‘authority’. Authority is defined as the power or right to give orders, make decisions, and enforce obedience. It has to do with governing and ruling… obviously the right way.

Terrorism is not just a matter for state level, we are all implicated here, because two people govern their relationship, their household. A teacher manages her/his class, a policeman patrols his/her area. Everyone of us has authority over something, even our kids over their toys and their space at home. Some under-use authority and some overuse authority, both are an abuse with various negative consequences. And we have all these nuances of use and misuse of authority around us today.

What do you do when a student exerts his/her liberty to insult in opposition to a teacher who must manage her/his class of students? Or the opposite, when a teacher or policeman use authority it out on someone s/he is supposed to be managing?
What do you do when a football, hockey… player feels they have the freedom to get angry opposite a referee who must use authority to maintain the equilibrium of a match? Or a referee who pours out his/her frustration on a player?

What do you do when freedom involves defiance of government and the publication of provocative material that necessitates the closing down of embassies and cultural centres in 20 countries? When this is opposed to the authority of small movements that establish their own rules and regulations for executing what they consider offenders?

The above situations and image display Liberty and Authority interwoven, mingled, almost unrecognizable. Two mainstays of stable civilization that have either been watered down or taken to extremes or both so that they’ve become irreconcilable. We’ve lost our benchmarks and we don’t know where the limits of each is anymore. They’re blurred and we don’t understand them and can’t teach what should and should not be applied.

Society has become so polarized. The ‘total freedom‘ of speech, activities, to do whatever we want, whatever passes through our minds, which only exacerbates… coupled with ‘misused authority‘ which pushes individuals, especially the psychologically weaker, more influenceable ones to the radical fringes of authority.

I consider this blog post as associated with my second book, Audit of the Universe. It is related to a section on How Man Functions. You’re right, there are no answers in this short blog, just an iteration of the depth of a real problem that is many faceted. I will be explaining much more about how man functions and the solutions to these various insights. In the meantime, please be patient and sign up for future notifications of activities at The Explanation.

Since you read all the way to here… you liked it. Please use the Social Network links just below to share this information from The Explanation, Paris Terrorism Reveals Limits of Authority and Liberty