Climate Change: is it Reality or Fiction? Where do you Stand? 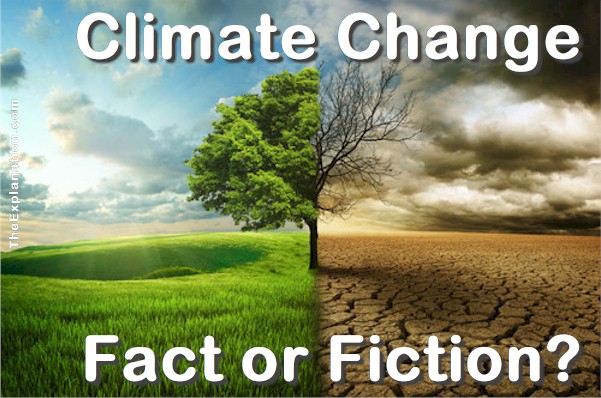 Climate Change is a daily subject nowadays—not to say a controversial one. Billions of people and Billions of Dollars are at stake. What do you think?

Climate change, fact, or fiction? It has become a daily subject nowadays, a controversial one at that. What’s your viewpoint?

Climate change, atmospheric conditions, weather upsets, temperature fluctuations, whatever we want to call it, it makes daily headline news around the world. Televisions and Radio weather forecasts refer to topsy-turvy meteorology, which has become a buzzword in the last few years. Whether we like it or not, it’s part of our audit of the atmosphere.
(Audit of the Universe chapter 2.3)

In 2003, in my home city of Paris, we experienced record temperatures at the same time as the rest of Europe, and the temperatures caused 70,000 deaths across the continent, in the UK, Italy, Spain, the Netherlands, and Portugal for example, with 15,000 deaths in France alone. Many cities were unprepared for the minimum 40 degrees Celsius (104 degrees Fahrenheit) temperatures.

Climate change, fact, or fiction? It has become a daily subject nowadays, a controversial one at that. What's your viewpoint? Click To Tweet

Paris is used to cool nights year-round, and certainly not used to the wildfires that raged through France. The historic architecture of Paris mixed with the concrete of the city created a heat sink or heat island from which there was no relief, especially for the elderly. The hospitals were full.

French authorities were concerned about nuclear meltdowns since the high temperatures made cooling the 58 reactors (in 2003) difficult. Nuclear plants have a 50° Celsius or 122° Fahrenheit threshold. In the heat, the plants expel cooling liquid more rapidly than usual, making the reactors hotter. In the 40 degrees Celsius environment, conditions in the plants spurred the French to spray nuclear cores with water.

The conditions were no better elsewhere in Europe. There were forest fires in Portugal, flash floods from melting glaciers in the Swiss Alps, 9,000 older people dead in Germany. The 2003 heat disaster in Europe was the first time we could explicitly link mass death and suffering to global warming and climate change—a sobering example, to be sure. Europe has never dealt with such extreme temperatures.

Imagine burning orchards in Portugal, where firefighters admitted to being completely overwhelmed by the blazes. Tiny sun-drenched islands in the Adriatic Sea have gone up in flames. Irrigation ditches and water wells dry from the heat in Italy. In Switzerland, the ancient permafrost melts and causing avalanches. Europe feels fire hazards and the ice crunch as climate is in turmoil.

The year 2013 was cold, and there were vast amounts of rain and erratic weather in the UK (cold, late spring).  There was flooding in the US. In the UK, this extreme weather links to the Arctic sea ice loss. According to a team of US and UK scientists that study the changing temperature and pressure gradients in connection with the melting sea ice.

Climate—associated with atmospheric conditions—has become a much-used word in the last few years, unfortunately in a more foreboding way, that’s why The Explanation asks the question is the glass of peace and prosperity getting fuller or emptier when it comes to living conditions on Earth?

Climate change, temperature change that is going on now, is not just a remote issue; right now, it is affecting where people live and work, their very livelihoods and existence.

“Welcome to the Maldives, a tiny island nation you never think about—the president of that country is considering resettling his people in other countries, and is house-hunting internationally because of rising ocean levels and increased pollution due to the climate crisis.” The highest island is in the Addu Atoll, it’s 2.4 m (yes, just a little more than the tallest basketball player, Paul Sturgess at 2.34 m) and the Atoll is home to over 32.000 people.

The president of the Maldives, is considering resettling his people in other countries because of rising ocean levels Click To Tweet

Galacti says. “These small island nations are tropical, poetic, romantic, and vulnerable, folks. Fifty small island nations such as the Maldives could fully disappear in twenty to thirty years. Imagine whole islands where populations have lived a precarious existence for centuries, suddenly vanishing from the face of the Earth.  Even people who still have a nation are forced to flee in search of safety, security, and family.  Look at these people; they won’t give you a good review of their part of this property.”

We can see this in the face of a woman in Bangladesh or India or Indonesia or even New Orleans post-Hurricane Katrina, a woman affected by the global sweep of a cyclone that makes landfall.  Rising ocean temperatures in the Atlantic Ocean and the Gulf of Mexico, in the Indian Ocean, mean increased storms: As the water temperature increases, the wind velocity of a storm passing over the Indian Ocean increases.

In the direct path of the flood and storm, the woman we have just met grabs her children and flees her home, a wooden homestead with a blue-tiled roof or perhaps a modern American home. Now, living in a refugee shack near the railroad in Dhaka, Bangladesh, or in a FEMA trailer in New Orleans, or even temporarily in the Superdome in Texas.

Families struggle to remain calm, recalling their experience, as do people in the Yup’ik Eskimo village of 350 inhabitants, Newtok, Alaska, where massive flooding threatens to displace people from their ancestral homes. It’s the same region where the aerial photo of an unusually bright Alaska is taken, and Newtok itself is completely clear.  (Scientists estimate that 180 Native Alaskan villages are vulnerable.)  The state has warmed twice as fast as the rest of North America within the time span of 1958-2013.

Unfortunately, situations where climate change comes directly into play are more and more frequent. What about the planetary response?

Extreme weather is not a reality yet; however, there are ‘black swan’ or unexpected events linked to climate change. A team of climatologists uses the satellite data we gathered on the weather, as well as past data on bizarre weather patterns, to create a global hotspot map for the weather. The scientists use pop-ups at each location—mini-movies that tell the story of each, such as the older people in the 2003 European heatwave. Other stories that have a medium to high correlation with climate change:

The point is not to be negative, but to place facts before us. It has got nothing to do with doomsday or predictions of disaster. The Explanation is pursuing an audit of the atmosphere, we’re evaluating the pros and cons of what weather forecasters and climatologists were telling us in 2017.

This blog post is an excerpt from chapter 2.3 of the book Audit of the Universe.

Since you read all the way to here… you liked it. Please use the Social Network links just below to share this information from The Explanation, Climate Change: is it Reality or Fiction? Where do you Stand?