Detecting Air Pollution and its Results – What are we Breathing? 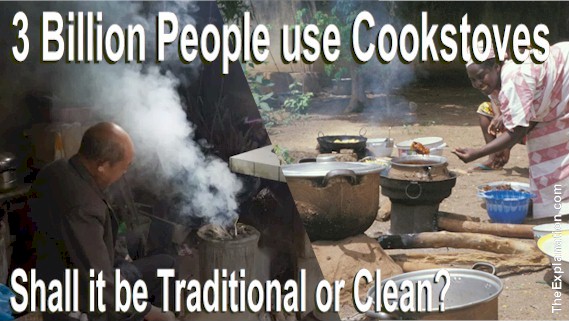 Air Pollution is a reality, both invisible and visible. Worldwide, we live with it daily, it’s an unwanted guest in our lungs and bodies. The air around us directly affects our bodies.

Air pollution partly because worldwide 3 billion people in under-developed countries depend on cookstoves for their cooking and heat. Pollution or not? Traditional cookstoves or not?

“If the air pollution, storms, floods, and wildfires don’t captivate your attention, then disease might,” Galacti says. “Under real estate law, I am required to disclose all health hazards on the property, our planet Earth, which is what I have been doing. We’re in the Sahel in Africa where this semi-arid belt of land hasn’t always had positive inspections and where suffering is a daily concern, but it is their home.”
(Audit of the Universe chapter 2.4)

Imagine years with no rain, in the Sahel or the sub-Saharan part of Africa as well as East Africa in which drought has been trending since the 1970s with diminishing rainfall over the last 20 years. This is of great concern as it affects pastures to maize and ultimately the impoverished populations of those regions. This drought is not just in sub-Saharan Africa; it’s in Russia, where there were dry spells in 2010, 2012 and 2014. Beginning in 2015, although there is a minor improvement in water supply conditions, the British Isles showed some drought intensification.

In Asia, drought continues to focus around Mongolia and northern India, and In Australia, drought conditions remained relatively constant with some intensification in the interior of the continent. Fire danger continues to be high across New Zealand, where water storage continued to be an issue, particularly on the South Island, where drought had been declared but saw improvement in 2017.

Several women living in a camp or a village in the Sahel are concerned for the moment with the stresses of lack of water in their own country and region. International aid officials on-site share the women’s concerns since the drought links to meningitis epidemics as well as outbreaks of diarrhea in Sub-Saharan Africa.

What connection does drought have with disease?  Epidemics of meningitis happen more quickly in dry conditions because dusty, windy conditions are more prone to invasion, carriage, and transmission of the bacteria coupled with outbreaks of respiratory infections. As for diarrhea, unlike mosquitoes, flies multiply faster in drought conditions and carry diarrhea, especially in countries with poor sanitation management where ‘pit toilets’ are left uncovered.

“Poor plumbing is a big issue,” Galacti comments. “So are the flies.”

Other diseases have found a breeding ground because of climate change. For example, in Europe in 2003, extreme heat caused circulatory diseases and aggravated respiratory ailments, to which children and the elderly are susceptible. Another effect of heat increase is air pollution from pollens and industrial pollutants. On the surface, the African woman and the elderly grand-mere in Paris have nothing in common, except the weather. Epidemiologists and climatologists apply their minds to discerning patterns in disease associated with weather.

Air Pollution is reality, both invisible and visible. It's an unwanted guest in our lungs and bodies. Click To Tweet

On the ground, Les Medecins sans Frontiers, the WHO, or the Red Cross, treat patients in international clinics and refugee camps. A parade of diseases pass through: tropical illnesses such as dengue fever, Lyme disease, tick-borne encephalitis, Mediterranean spotted fever, diarrhea—human suffering that scientists believe links to weather changes.

For example, in areas with record rainfall and flooding, malaria spreads faster because mosquitoes breed more. Lyme disease is rising in areas such as the northern US, as the extension of hotter weather prolongs the active season for disease-carrying ticks that also spread encephalitis and Mediterranean spotted fever. The global health risks are real in this ‘Earth property’.

Fortunately, real solutions are being proposed.

A woman in Northern Kenya cooks a traditional meal on a squat open-air cookstove the size of a snare drum made from scrap metal, with a ceramic lining on the inside. The genius of the stove is that it works like a large-scale version of a simple match. An international alliance has made this possible. As you enjoy this traditional meal prepared for you and our group, you are tasting a potential solution to the problem of climate change.

For three billion people (mainly women) worldwide, preparing meals with traditional rudimentary cookstoves is a way of life that is contributing to climate change and health issues, as well as 3.5 million deaths a year from toxic fumes. As our clean cookstove chef finishes cooking without clouds of poisonous smoke, the woman’s neighbor coughs from the smoke from burning charcoal as she uses an ‘old-model’ traditional metal stove. Lung cancer has killed several of the women in the family in the old-model stove household, as well as children under five years old.

The smoke is also harmful to the atmosphere. Particularly since, in stoves that use wood and coal for fuel, people must either use up all the available timber or clear forests for coal mining operations—fewer plants mean more carbon emissions remain in the air. It is a cycle that keeps repeating because of poverty and stoves that use resources inefficiently and produce black carbon, which contributes to global warming.

The woman with the clean cookstove empties the ceramic drum, spilling out the remnants of the plant-based fuel it burns. The white-gray fuel, biochar, contains nutrients for the soil, and the woman, as well as her community, will add the biochar to the fields to promote crop growth. “Clean cookstoves seems to be a step in the right direction,” says Galacti, “but there are pros and cons in man-made solutions.”

The satellites we examined in the last chapter allow us to monitor air pollution to ensure the health and safety of humans and animals.

“Any of you that have children listen up. You have asked me about whether this place is family-friendly,” Galacti says. “Unfortunately, toxic pollution is harming your babies—it’s like secondhand smoke taken to new levels. It’s hard to cleanse a house of the smell of tobacco, especially when people continue to smoke.”

Researchers worldwide have collaborated in the most extensive study ever conducted that shows pregnant women’s exposure to air pollution emitted by vehicles and coal-burning plants causes babies to be born with low birth weight.  Through a review of data collected over fifty years, scientists determined that air pollution particles, as thick as soft downy baby hair, are affecting mothers. The study also noted that nations with tighter restrictions on air pollution, such as European nations, Canada, the US, have lower levels of pollution particles.

Using international satellites, researchers have measured air quality in Europe and the UK, North America, South America, Asia, and Australia. At the same time, they’ve correlated data from three million pregnant women in fourteen sites on five continents: and health risks in large geographic areas and over extended periods. These researchers are skilled at accurately diagnosing the pollution from, for example, sulfates released by coal in rural areas.

The team has discovered that the higher the pollution rate was at the study site, the more likely the women were to have underweight newborns weighing less than 2.5 kg or 5.5 pounds. These findings confirm a Harvard study that suggests industrial sources tend to affect newborns more strongly than emissions from automobiles. However, vehicular emissions are still of concern. Consider India, one of the leading sites of the survey, where one in four babies out of the 2.6 million born every year is underweight.

“The hospitals in this part of the property, India, are overwhelmed,” Galacti comments. “They’re used to seeing underweight babies because of hunger, but all this pollution is making it worse.”

Think of a skinny, delicate baby that weighs less than a kilo, born in a Chennai hospital, while three other babies close to him in the same ward look typically healthy. From 2008-2012 Chennai has seen a dramatic increase of underweight babies born (11.7 percent to 15.6 percent in just four years). Lifestyle changes, hypertension, diabetes, and other factors may also contribute, but air pollution from vehicles, burning garbage, factories, etc. all leave airborne particles.

However, environmental research centers (Yale, Columbia) have ranked India last in air quality—pollution levels are five times above the safe limit for humans. India is the leading country in underweight kids, not all due to air pollution but primarily due to hunger—in a country that already has child health risks, pollution is a new hazard. Think of a baby struggling to survive, a baby that fits into the palm of one hand—most people would be affected by such a heartbreaking sight.

What does this mean for the underweight babies? They suffer many health problems, delayed mental and physical development, lower immunity to disease from viruses and bacteria, hyperactivity, colic, and so on. They are more likely to die earlier; indeed, low birth weight is one of the leading causes of infant mortality worldwide.

Whether we are aware of it or not, pollution is everywhere affecting both the born and unborn. Click To Tweet

We may not all live in severely polluted countries, but whether we are aware of it or not, pollution is everywhere, invisible or visible. Most of us have become used to microscopic pollutants in our air, in cities, countryside and homes. In the case of Beijing, one of the study centers, the dwellers of certain quarters of that city live with a concentration of particles over 700 micrograms per cubic meter. That’s more than 50 times the legal limit in the US and Europe—although China is not yet in India’s league in terms or poor quality air, the Chinese are concerned—the world is watching.

“Pollution affects every square foot of this property,” Galacti says. “People are starting to wake up to reality.”

This blog post is an excerpt from chapter 2.4 of the book Audit of the Universe.

Since you read all the way to here… you liked it. Please use the Social Network links just below to share this information from The Explanation, Detecting Air Pollution and its Results – What are we Breathing?