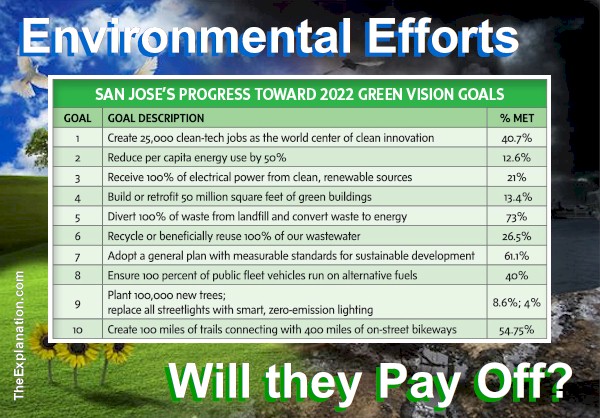 Gas Emissions are the key to clean atmospheric conditions. Is the worldwide gauge heading towards a more murky or radiant environment?

Gas Emissions are the key to clean atmospheric conditions through environmental efforts. Is the worldwide gauge heading towards more murky or radiant environment?

A property expert on Earth to prevent gas emissions, former United States Vice-President Al Gore Jr., weighs in on the state of real estate. “Imagine,” Galacti says, “he was the one that said, the most vulnerable part of the Earth is the atmosphere!  He organized the first hearings on global warming in the United States in the 1970s, but his focus has been on the entire Earth and the climate.”
(Audit of the Universe chapter 2.5)

Al Gore has traveled the world, visiting many of the same places and seeing the same phenomena detailed in the stories we’ve shared thus far in this chapter, observing and reporting the same stunning effects of atmospheric change. He called Hurricane Sandy, in 2012, a warning. As the bizarre storm approached the Eastern US, according to Gore, the hurricane’s storm surge gained strength and power from aberrantly warm coastal waters as well as sea-level rise.

On his tour, Al Gore speaks to an audience in China, talking about how we have filled the atmosphere of the picture-perfect Earth from space with pollution. A Chinese-English banner honors the lecture he is giving.  Just hours before, he has been in planes, in cars, writing the story of the call to action he is making now.

He speaks of walls of water destroying property in Katrina—crops destroyed by extreme heat—a hurricane in Honduras in 1998 that left 1.5 million people homeless; events that he literally and metaphorically ties to his maps and bar graphs.  He can cite figures on CO2  gas emissions and Alaska’s ice retreating, but what reaches millions of people worldwide is the stories Al Gore tells of how what humans are doing to the atmosphere affects all corners of the globe. It impacts all humans in various circumstances, regardless of race, region, religion, or wealth.

In our last story, Al Gore has pointed to the need for individuals to create solutions—can one person make a difference? How about one city, or a network of cities? Since we’ve established that one location does indeed affect the atmosphere for the world—in ways we don’t realize—let’s focus on one city, a corner of our property.

In the US and Canada, the City of San Jose joins such cities as Ottawa, Canada, Elmhurst, Illinois, and Lansing, Michigan, in signing on for a series of milestones to bring about real change for the better.  After taking the first step in signing the US Mayors Climate Protection Agreement (Canada has a similar agreement), San Jose passed a law for a reduction of 25% of greenhouse gas emissions. The city aims to nearly quadruple the reduction to 80 percent below 1990 levels by 2045. San Jose made progress in meeting its 2012 goal. Unfortunately, the next 4-year plan took a dip. Hopefully, they can turn it around.

With its 10-point Green Vision Plan, the City Council is providing leadership for the Sierra Club Cool Cities San Jose team, which unites organizations and small groups of citizens in the effort to reduce greenhouse gas emissions citywide.  Part of this effort is to educate individuals, organizations, and businesses about the benefits of reducing greenhouse gas emissions and energy efficiency.

San Jose built mass transit and high-speed rails, expanded the city’s network of charging stations. Forty percent of cars switched to clean natural gas, bio-diesel, bi-fuel/clean natural gas unleaded blend, electric, electric-unleaded hybrid, and other green energies such as methane. In so doing, the city has been able to reduce consumption of fuel and greenhouse gas emissions from 1,307,191 gallons and 18,232 tons, respectively, to 982,003 gallons and near the target of 13,000 tons.

Concerning the fuel, imagine one person in the city fleet driving the equivalent of 65,000 miles or a car in need of serious maintenance per year, cutting back on the commute and driving 40,000 miles—still a great deal of driving. Yet, the vehicle is in better shape, and there are reduced gas emissions. The 18,000 tons of emissions, the equivalent of toxic metals in noxious coal ash waste, is being reduced to nearly 13,000 tons, or the equivalent of harmful volcanic debris that covered the airport in Yakima, Washington, following the Mt. St. Helens eruption of 1980.

As for the second, the city conducts waste phaseout sessions, and 73 percent of trash has been diverted and, through city partnerships with corporations, converted to green energy such as biodiesel, biogas, and so on.

San Jose sends 494,000 tons of garbage to landfills annually, and in the six years since enacting the plan, reduced that to just 133,380 tons. Multiply that by six, and that’s 800,280 tons as opposed to 2.9 million—imagine several open cargo containers, all stinking up the air until it is unbearable, reduced by nearly three-quarters—the stench does not go away, but is more bearable.

What can one city or even a network of cities do?  Consider the eco-cities, communities either founded on or adapted to self-sufficient, self-sustaining industry and energy, of Freiberg, Germany, Auroville, India, Curitiba, Brazil, and Stockholm, Sweden, recognized as The European Green Capital in 2010. Although the challenges of developing eco-cities are great and difficult to achieve, select communities are accomplishing much.

What can one city or even a network of cities do to improve gas emissions? Consider the eco-cities. Click To Tweet

“Living on this planet entails some cost to improve and upgrade,” Galacti says. “Some humans want to have a special assessment, the way many of you do in your towns and cities, neighborhoods, and homeowner’s associations.” This special assessment is called the carbon tax, and many people feel that it is too much to pay and would take money and resources away from other improvements. The carbon tax is designed to make people change their habits and drive more emission-efficient cars, use fewer luxury goods that consume energy, and so on.

In China, which we’ve covered in detail, there is a proposed carbon tax of 10 yuan per tonne of carbon dioxide, increased to 50 yuan by 2020, a jump from $1.60 to $4.40. Most of this tax will be applied to coal, and will chiefly affect exports of Chinese goods, resulting in higher prices that may not be affordable worldwide. In Australia, the price is $23 per tonne and has upset the 10,000 coal miners that have lost jobs—the carbon tax proved to be a tough sell for Australia’s former prime minister. Emissions have dropped by 7 percent from 2011 to the present, a figure that could be due to decreased demand and installing solar panels.

In 2020 in the UK, the price of carbon could rise to 54 Euros per tonne, which UK businesses say will cost them 9.3 billion pounds, which they will pass on to the consumer. Yes, it can curb gas emissions as we see in Australia, but can businesses afford it? Subsidies for biofuels have reduced the price of gasoline, encouraging people to drive more, thus possibly increasing emissions—we mention this to point out a solution that was supposed to be good but is making the climate worse.

Man can be his own worst enemy even in trying to solve problems—despite some gains and improved climate, is the economic hardship of the carbon tax worth it?

Man can be his own worst enemy even in trying to solve problems—sometimes solutions equate with problems. Click To Tweet

We have airspace, but the air is there for everyone—China, America, Africa, Russia, Europe, the Middle East, Oceania.  Our international tour group forms a significant world convention and ponders the state of the air. We take a moment just to breathe—smog-filled air, pure air, oxygen tanks—we need all the oxygen we can get because next, we are going to be diving into deep waters.

This blog post is an excerpt from chapter 2.5 of Audit of the Universe.

Since you read all the way to here… you liked it. Please use the Social Network links just below to share this information from The Explanation, Gas Emissions: Al Gore, Cool Cities, Carbon Tax–For Real Change