Hervé Gourdel decapitated – Why do such atrocities happen? 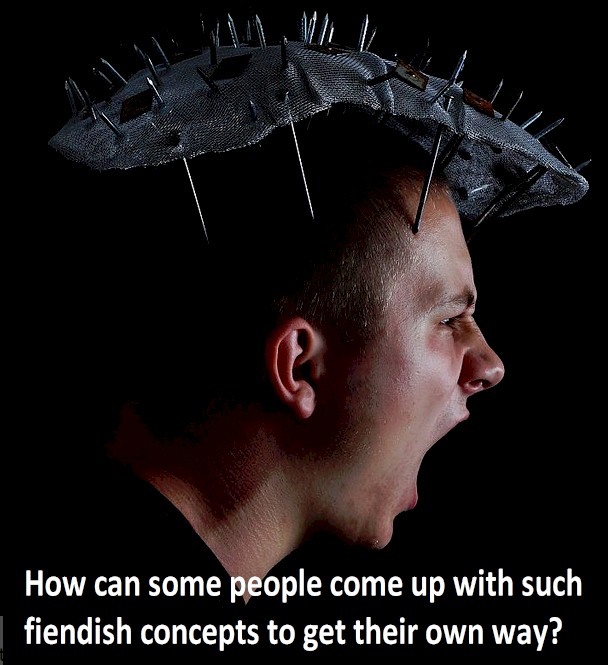 Considering Hervé Gourdel, how can some people come up with such fiendish concepts to try and get their own way?

Hervé Gourdel decapitated – How do people come up with such fiendish concepts? (click for credit)

Today’s blog post intended to continue delving into Climate change given the conference in New York.

Hervé Gourdel was a 55-year-old experienced and well-respected inhabitant of a small village of Saint-Martin-Vesubie in the South of France, where he has been a mountain guide for the last 20 years.

Sickening violent videos of Hervé Gourdel’s beheading are in circulation and leaders of nations worldwide have made statements, but for the first time the entire country of France was literally struck by the rapidity and cruelty of this execution. France, where I reside, has had its share of journalists, tourists and religious figures kidnapped with some being released and some losing their lives. Most of these very unfortunate situations drag on for weeks, months and even years.

In this instance 72 hours, three days and with a sad end it was all over… or is it really just beginning?

This blog post is neither to give news nor comment news. Many other reputable, more informed on-the-spot sources of information can and do a running commentary on the latest events with interviews and other media coverage.

The Explanation intends to be much more ‘in-depth’, it goes below the surface, into the ‘why can such an event take place?‘, ‘how is it possible to act like that?‘ … no matter what the event or happening might be. The Explanation goes behind the scenes and discusses why perpetrators think a particular way, what their motivations are…

The Explanation is designed to answer the question: How would you bring peace and prosperity to Earth?… in spite of beheadings! In most of our eyes, those two concepts are in total opposition. But that’s not the case in all eyes.

How can some ‘reason’ that by kidnapping, torture, killing… they can possibly bring peace and prosperity? but they do!

One would think you’d have to be crazy to think like that. Well, in some cases, there is craziness induced by drugs, alcohol, a mental breakdown, but in others such acts are rationally thought through as means to reach a goal. In the latter case, it is anything by craziness.

Jund al-Khilafah is the group directly responsible for this event. Jund means ‘soldier’ and Khilafah has to do with Caliphate.

On 29 June 2014, just 3 months ago at the writing of this post, a monumental event took place:

A caliphate was decreed. A caliphate is an ‘Islamic State’, that’s why we talk about ISIS ‘the Islamic State of Iraq and Syria’. The bottom line is a break off group from Al Queda ESTABLISHED a NEW STATE that now incorporates parts of Iraq and Syria and is programmed to include the Levant or Eastern Mediterranean: Southern Turkey, Lebanon, Israel, Palestine, Jordan, Egypt and even Cyprus.

This is a full-fledged ‘State’ or a new country, with a bona fide head of State: Abu Bakr al-Baghdadi—who goes by the title Amir al-Mu’minin Caliph Ibraim. He is the calpih, a word, which means ‘successor’. This is in reference to Mohammed, the founder of Islam. What we have here is a self established state with a self established political and religious leader (the caliph wears both those functions as Head of State). He also wears the judicial hat, which means the strict application of Islamic law.

It goes without saying that this Islamic State is UNrecognized by any other country, including all the Arab states. But to those adhering citizens of the Islamic State and its leader, outside recognition or not is of no importance. It’s self proclaimed with its mission, which includes expansion.

And expansion by all means: the original group split from al-Qaeda in February 2014 because they didn’t believe al-Qaeda was violent enough to reach its goals. It took this break-away group just FOUR short months to set up their politico-religious umbrella under which they operate and which they consider legitimate, the Islamic State that should rule over all those faithful to Mohammed.

It is the caliph’s soldiers, Jund al-Khilafah, that perpetrated these events in Algeria.

You can read about some of their tactics and strategy for bringing peoples and areas under their control. But realize these are well thought out, planned by skilled minds. In France we have had about 800 people recruited who have joined this Islamic State, including young girls in their teens. There are concerted organized plans that have been set in motion.

This is enough background. As I said the day-to-day events both of the Islamic State and those trying to force back the borders of this naissant state are reported by the Press.

The Explanation asks, at this point, different questions:

You can put 2+2 together to realize that these questions can be applied to other situations in other areas of the world.

The Explanation will give you answers to these questions in due time, once the base is established. To be right up front, if you don’t grasp the base, how can you expect to reach the pinnacle? Yes, it takes patience to climb that mountain, you’ll need some… but you can make it to the summit, one step at a time.

Since you read all the way to here… you liked it. Please use the Social Network links just below to share this information from The Explanation, Hervé Gourdel decapitated – Why do such atrocities happen?