How Can You Explain Human Behavior? Like Dylann Roof 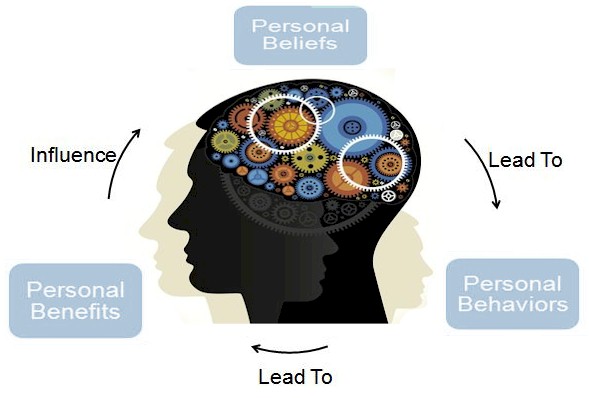 Explain human behavior in the news this week. John C. Nienstedt, Omar Hassan al-Bashir, Sepp Blatter. I’m trying to think of some good examples as well… maybe among some victims of the above? How do we explain human behavior when we hear about Dylann Roof John C. Nienstedt, Omar Hassan al-Bashir, Sepp Blatter?

How can you explain human behavior behind attending a Bible study and then killing 9 people? Genocide, terrorism and corruption? Why do human beings think and act the way they do?

The Explanation in its quest to answer the question, how would you bring peace and prosperity to Earth?, doesn’t get involved or take sides in political or people issues. But, is does go behind the scenes into the nether regions of ‘why’, the motivations, reasonings, mind-workings… How do you and I and others get to the point where thoughts are so entangled as to give rise to behavior described above.

And you know what, next week news will have more stories like this, from people we’ve never heard of who are living out there, amongst us.

Many victims and other valiant people are involved in all the situations with the heavy burden of trying to straighten out their lives, establish some normality as much as that is possible and work with these parties to restore peace and administer justice if and as much as it can be in the worldly situation in which we find ourselves.

Audit of the Universe, the second book in The Explanation series delves into what’s behind human behavior. Here are some fundamental elements that shape mankind, each one of us, into what we become and what we are.

Behind how we explain human behavior is human nature, just as behind animal behavior is animal nature. Sure animals fight and kill each other, sure ant colonies go on rampages and destroy everything in sight. Generally it’s out of instinct or hunger. There are no tactics and strategy by a swarm of locusts to gobble up a crop and leave farmers and locals devastated.

Human nature: devises, conceives, formulates, contrives of ways to penetrate the back doors of its victims, to breach and pierce the innocence of unsuspecting people. If and when the mind sets down a path to hurt, spoil and wound a fellow human or their possessions, there’s overt and concealed methodology that the instigator formulates to reach their devious goals.

Such mental activity for good or bad takes place over time, there’s concerted effort to come up with a scheme. That scheme is wrestled with, juggled and shuffled with new cards added and some subtracted until in the contriver’s mind the conniving crafty design is ready for action.

To begin to explain human behavior, acknowledging the existence and workings of human nature is essential.

We’re not going to get into a philosophical discussion here. The question is do you and I have the possibility of making choices opposite to those we make? Could the people above have done things differently? Could you be in a different place, doing different activities than you are right now. I know I could be!

I could’ve chosen to write about another subject or not write a series of books or this blog at all. It was solely my decision, after much thought, to undertake this multi-year, even lifetime project.

Making decisions, choosing what path to follow, be it education, leisure, vocation, relational… involves free will.

It means taking all the information we have at our disposal, sifting it, ordering it and then basing what we think and do on conclusions we draw.

Oh yes, there are societies, castes and many circumstances where people do not have full or maybe any ‘control’ of what they can and cannot do. But I’m not broaching that here. We’re talking about you and I who have the freedom to read this, who can understand this and who can make free will decisions as to how to give impetus to their lives. They can decide, in many many ways, what they’re going to do with their time, money and minds. What direction, or non-direction they’re going to give to their next week, month…

Exercising free will is a vital factor to consider to explain human behavior.

Morality is the notion of distinguishing between right and wrong. Once again, this could be a hot debate and that is not the point here. There are deep questions involved here, like what is right and wrong? Who decides what is good and bad? The Explanation broaches and answers those questions, but this blog post is not the place for that.

If our society wants a semblance of orderliness then the notion of morals, good and bad, have to not only exist but they have to be enacted. The absence of the knowledge of what’s right and what’s wrong for oneself and one’s vis-à-vis is detrimental to living in peace and harmony.

The level of teaching, knowledge and enactment of right and wrong explain human behavior.

Does anything go? Can you play football or soccer without rules? Without a referee? What about Monopoly or Scrabble?

Clear, fair, non-biased regulations are the basis for any person or persons joining together with another group for an activity. There are policies, conventions, laws for everything we do… from crossing the road, to driving, to going into a store, going to school, work, talking with, dating, or living with another individual.

Does each one of us, of and by ourselves, just ‘know the rules’? Can we make our own rules? Can we make rules in function of our circumstances?

Our attitude towards the rules of life, these regulations of getting along with our fellow-men explain human behavior.

Should there be ‘punishment’ for wrong doing… just as there is ‘rewarding’ for right doing? To what extent should there be sanctions? Should they be imposed? How, when? Where? With what severity? These are encyclopedic, complex, even philosophical questions. But, if individuals feel or know that there are no sanctions, that they will not pay for the consequences of their acts, then I leave you to answer the question as to what will be the outcome.

The whole question of ‘physical abuse’ especially of children, gets thrown on the table with this one. Yes, there’s abuse and I believe we all agree that’s wrong. On the other hand, there’s also been lenience, over-tolerance and permissiveness. One could ask, where do we draw the line between the two–and certainly that is an important question which we don’t have the space to develop here. But how many believe we are being too lenient in today’s society?

This question falls into the framework of our privileges and responsibilities as members of society. How each of us sees him or herself is a part of how we explain human behavior.

I mention this because we in the Western world, oftentimes boosted by Christian motivation, feel that forgiveness, the good nature of humans, the second chance should take precedence over being strict, severe, demanding and even authoritarian when need be. Don’t get me wrong, I’m NOT saying that there’s not a place for the former. To the contrary, but it must be a PROPER place.

When someone is unconsciously stepping into the street, getting too close to danger, there’s a time for severity. Each of these points merits much more input, which they get in Audit of the Universe.

This blog post can’t and doesn’t tell us how we should behave. It broaches some points involved in how to explain human behavior. And the least we can say is that it’s highly complicated! It’s not easy to know, teach or enact.

In fact, to lead and change human behavior is one, if not the biggest challenge, ever.

That said, our future depends on our behavior and how to explain human behavior. The Explanation will give you the solution to this dilemma.

Since you read all the way to here… you liked it. Please use the Social Network links just below to share this information from The Explanation, How Can You Explain Human Behavior? Like Dylann Roof