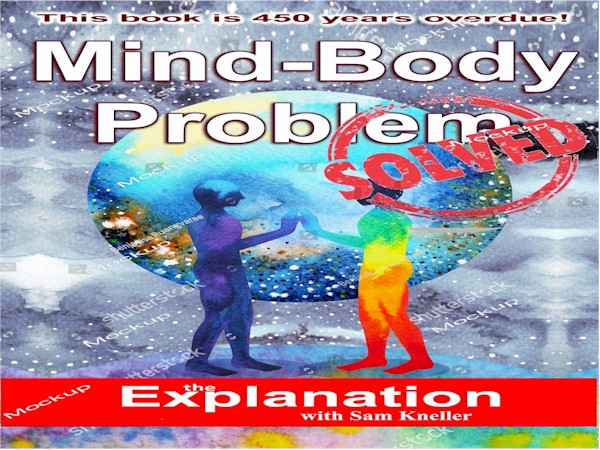 Mind-Body Problem Solved. Is it just an alluring title or is there actual substance behind that affirmation? Read to find out, it’s 100% accurate. 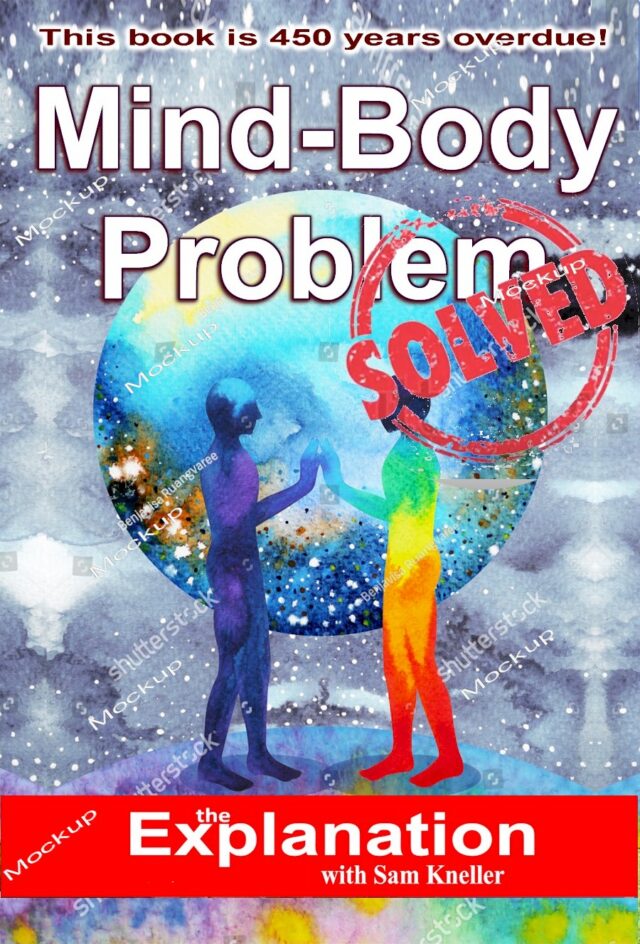 You’re in for a shocker. It can’t be anything else.

An ongoing 450-year debate launched by Descartes’ philosophy asserts the mind-body problem represents two separate, distinct entities as opposed to one. Nobody has settled this issue until now. It’s 2022 and time to broach this exciting, earth-girdling, current issue. Why? Because it’s directly related to the No. 1 world health woe in the 21st century, and it’s not Covid-19, it’s mental health.

The Extent of Miscomprehension

Here’s what the Encyclopedia Britannica relates about mind-body dualism.

The modern problem of the relationship of mind to body stems from the thought of the 17th-century French philosopher and mathematician René Descartes, who gave dualism its classical formulation. Beginning from his famous dictum cogito, ergo sum (Latin: “I think, therefore I am”), Descartes developed a theory of mind as an immaterial, nonextended substance that engages in various activities or undergoes various states such as rational thought, imagining, feeling (sensation), and willing. Matter, or extended substance, conforms to the laws of physics in mechanistic fashion, with the important exception of the human body, which Descartes believed is causally affected by the human mind and which causally produces certain mental events.

The accumulated brains of Science, Religion, and Philosophy over the last 450 years have come up empty-handed, not to say empty-headed. Why? There’s got to be a reason. Not only that, but that reason must be hidden, otherwise these investigative disciplines would’ve found it. After all, they have looked, and are looking high and low, far and wide.

Here’s the evaluation. Science has spent 450 years investigating and measuring the PHYSICAL Universe. Religion has drawn its inspiration from a spiritual well. However, that well is a mixture of tradition going back thousands of years, causing the water to be tainted; you can’t see through murky waters. Its own self-enlightenment has guided philosophy, limited by the capacity of our brainpower, coupled with unlimited human imagination. This chatter has taken us into every contradictory cranny on a jagged path of enlightenment.

The solution is not in science, religion, or philosophy! If it were, all the combined intellect would’ve revealed the solution. Instead, it is cacophonic.

If you’re going to read this book, you’ve got to know from the outset the approach is going to be totally different. There are few references to science, philosophy, or religion in the solution. There are call-outs to science when discussing material aspects, cells, the brain, light, and other physical phenomena. The solution is NOT in opposition to science; it includes many scientifically proven facts.

But it goes way beyond science because the solution to the mind-body problem finds neither its ORIGIN nor its CONCLUSION in that discipline. No more than in philosophy or religion. Yes, we will refer to aspects of philosophy and religion, but there again, those disciplines cannot and are not our starting point for this quest. All these disciplines, as great as they may be, are far too limited to solve this problem.

To start with, we are going to use observation to establish a working basis. After all, we know there’s a mind and brain, hence the mind-body problem, but we don’t know exactly what they are and especially what the relationship between them is. You just have to read Wikipedia to see the diversity of ideas on this subject.

Mind or mentality is usually contrasted with body, matter or physicality. Traditional viewpoints included dualism and idealism, which consider the mind to be non-physical. Modern views often center around physicalism and functionalism, which hold that the mind is roughly identical with the brain or reducible to physical phenomena such as neuronal activity though dualism and idealism continue to have many supporters.

Another question concerns which types of beings are capable of having minds. For example, whether mind is exclusive to humans, possessed also by some or all animals, by all living things, whether it is a strictly definable characteristic at all, or whether mind can also be a property of some types of human-made machines. Different cultural and religious traditions often use different concepts of mind, resulting in different answers to these questions.

The Explanation has no intention of joining this cacophony. I am not here to argue about or refute each of these claims. We are going to start with a clean slate and a few general statements that I hope we all agree with. At this point, we’re not even going to define them, because that’s where all hell breaks loose. This simple fact already shows the complexity of the mind-body issue.

By the end of this book, you will have a clear definition of each of these elements and, more importantly, you will know the relationship between all these factors.

A Warning about Reading this Book

I warn you, reading this book will be challenging. At some point, you could get upset! Because it does NOT follow your way of reasoning. You will probably disagree with certain intermediary steps and the logic The Explanation develops.

Here’s the deal. You can’t tell what a painting or a puzzle is until you see the FINAL portrait with all the details. From the outline, the sketch, the pieces, you only get a glimpse of the final artwork. Your judgment on those initial fragments, or even halfway or three-quarters of the way to the final chef-d’oeuvre may be important to you but are not relevant to a dilemma nobody has solved yet. You’ve got to see the WHOLE picture, the coherent completeness, as I call it, BEFORE you can make a valid judgment.

By the way, there’s no point criticizing the author either. He’s just a human being like you. All the criticism of his person is neither here nor there. It has NOTHING to do with the solution. Social media likes to take potshots at people because they’re different! You’ve got to look at their ideas, their acts, their messages. That’s what you’ve got to weigh, NOT their being. Those who criticize people are showing their ignorance of live and let live.

Another quote from Rene Descartes is appropriate since his name is so associated with the mind-body problem.

if you would be a real seeker after truth, it is necessary that at least once in your life you doubt, as far as possible, all things.

For full disclosure, I condense a lot of the content in this book from The Explanation series of seven books. That series is more the Story of Humankind, a chronological progression. This book focuses on the key element, the mind, in the mind-body problem. The Explanation will not limit itself to defining WHAT the mind is, nor just HOW it works, but goes behind the scenes to the deeper understanding of WHY the mind exists and WHY each human being has a mind. We’ll also discuss HOW humans should use their minds and how its misuse can be so problematic.

The Extent of Mental Health in shambles

Here’s why the mind-body problem is so important. It’s the number one predicament worldwide today regarding humankind’s state of mental health.

The numbers are staggering. The World Health Organization says today, nearly 1 billion people live with a mental disorder and in low-income countries, more than 75% of people with the disorder do not receive treatment. Every year, close to 3 million people die due to substance abuse. Every 40 seconds, a person dies by suicide. About 50% of mental health disorders start by the age of 14.

We estimate that over 160 million people need humanitarian help because of conflicts, natural disasters, and other emergencies. The rates of mental disorders can double during such crises. 1 in 5 people affected by conflict is estimated to have a mental health condition.

The World Bank indicates mental health is one of the most neglected areas of health globally. This was true before COVID-19 (coronavirus), but the pandemic has further worsened the status of mental health.

This is one of the most pressing contemporary problems we are dealing with, and yet in the supposedly enlightened 21st century, we are totally in the dark. What a paradox. Our number one health problem is the mental state of our population. And, at the same time, we don’t even know what the mind is. How can we hope to solve this dilemma without such basic knowledge?

It’s way past the time to solve the mind-body problem. That will be our quest.

Since you read all the way to here… you liked it. Please use the Social Network links just below to share this information from The Explanation, Mind-Body Problem Solved. That’s a mind-blowing bold claim