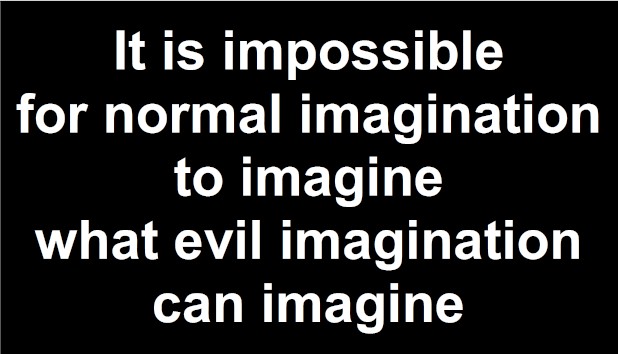 Horror, Act of War, Explosions, Murder, Terrorism, Jihad… and dozens of words trying to describe what happened in Paris when 7 or 8 terrorists started a one-sided war in peaceful quarters in the capital of France. Man at his worst. State of emergency was declared by President Hollande, which re-establishes controls at the national borders as well as halting all public meetings and closing down museums, Disneyland… and sports events for up to 12 days. An extraordinary session of combined parliament (both houses of Deputies and Senate) was held Monday in Versailles to announce other measures including greater intervention against ISIS and a majority vote would necessary to prolong the state of emergency for three months as well as confer additional powers on the Presidency in times of emergency such as these.

At the moment I write this post, most of the assailants have been identified, the three or four cars used in the assault have been found and a number of arrests have taken place. An international arrest warrant has been issued against one of the assailants who escaped after the massacre.

Many families have been ripped apart, Ten friends of a group celebrating a birthday were shot and killed in a restaurant and there were 1500 people in the Bataclan were about 90 lost their lives and hundreds of other were severely wounded about 30 of which are still between life and death as I write. Welcome words of compassion under such circumstances unfortunately have only a limited effect. And certainly that is our first reaction.

Beyond compassion and prayers, and spontaneous help—hundreds showed up to give blood—what is there?

The Explanation goes below the surface, it does not look for or adhere to ‘pat’ answers. The big question that The Explanation will answer is ‘How can you bring peace and prosperity to Earth?’  At this moment this happens to be the most relevant question underlying all the interrogations we ponder.

To be up front with you, I’m not going to answer that question here and now. Simply because it is too vast, it needs background and a very open mind with plenty of time to comprehend the answer.

In the meantime, here are five points to think about… each merits much more development

Why does ‘bad’ imagination always seem to be on an equal level if not further advanced than ‘good’ imagination? The sheer barbarism of driving down a street and shooting at random. How does the mind conceive of such acts? Why does criminality, abuse, violence seems to be a step ahead of prevention and avoidance of such activity? Why are we always hearing of ‘new methods’ and ‘pushing back the limits’ of horror? Why are police always playing catch-up with criminals?

As the above quote says, normally constituted people—and I don’t know how many of those there are—have no real idea of how a negative, evil mind works. How it can dwell deeper and deeper on devious methods of brutality and savagery. Imagination can be a pit full of vipers, always ready to poison whatever is thrown their way. Why and how can one’s imagination take such a 180 degree turnabout and then follow that route?

President Obama was the first head-of-state to intervene with compassion and a reminder of the long-lasting link between the USA and France. He talked about ‘universal values we all share.’ I understand what he’s getting at, but those that perpetrated and endorsed what happened in Paris do not share those values.

I agree, one would think all of mankind would have such ‘universal values’ as peace and letting people live their lives. It should be obvious this is not the case. It behooves us to realize that some people–and can we even go so far as to say peoples—are in an opposite state of mind. They ‘imagine’ the world with different ‘values’ and activate the methods for implementing such values in a totally different way than some might imagine. It’s time we—who consider ourselves ‘normal’–ponder the origin of such obtuse thinking, reasoning and values?

Man at his worst and best

An international friendly match was taking place in the Stade de France with 80.000 spectators when the first explosions took place. In fact, they heard them, unaware of what was going on. On the playing field were two 19-year-olds. The sheer talent of deft movements, uncanny speed and dribbling skills on the football field as Anthony Martial and Kingsley Coman played for the French football team in total contrast to a 20-year-old terrorist methodically, relentlessly and coldly emptying his Kalashnikov to cut down anyone and everyone in his sight until his ammunition was consumed and then activating his explosive vest blowing himself to smithereens.

Two types of young people, two destinies, opposite ends of the spectrum. Such is humanity. Unless we understand what’s at the basis of human behaviour, we aren’t going to make the strides humanity needs in order to reach peace and harmony.

As this spray of murder played out, I was in conversation with someone who reiterated the oft talked about solution: education of the younger generation. We now know that a few of these terrorists and others who have gone over to the Daesh way of thinking did have a proper education in that they followed the system and came from proper homes. If this is the case, then education is essential BUT, is not the ultimate ingredient that prevents such perversity.

What happens to an individual who causes them literally to go off the deep end, to do a total flip-flop of thinking and reasoning? Where automatic military weapons and wanton killing REPLACE leading a decent life and helping others where they can?

I highly suggest to you that it is something that takes place in the mind. Something causes the mind to ‘snap’. What jeopardizes such a mind? What causes it to topple into such horror?

The Explanation is looking at root causes. That’s what this blog is all about, if we don’t follow that route, how can we expect to find real solutions?

#PrayforParis appeared on social media. Is this a call for the spiritual? I don’t know. But what we do know is that the perpetrators were also screaming ‘Allah Wachbah’, implicating the spiritual as well. One way or the other, ‘God’ has been implicated in this terrorism and in a widespread way, around the world where this is an international conflict.

This, of course, takes us into a dimension that journalism, in general, will not venture. It is an invisible and intangible aspect. This and many other questions that our societies and indeed the entire world is going to have to face. The ‘spiritual’–by whatever name we call it–does play a role, often a devastating one, in today’s society.

If there is a ‘God’, whether He’s prayed to or whether He gives the right to kill innocent people in His name, there is a huge unanswered question, in fact, many questions, probably even fundamental question about “God’s role” not only specifically in what is going on in Paris but in society, in the world, in the universe.

That is the role of The Explanation … to broach such basic questions.

Since you read all the way to here… you liked it. Please use the Social Network links just below to share this information from The Explanation, Man revealing his utmost Worst. Paris 13 November 2015