The Animal Kingdom will Never Cease to Amaze Mankind 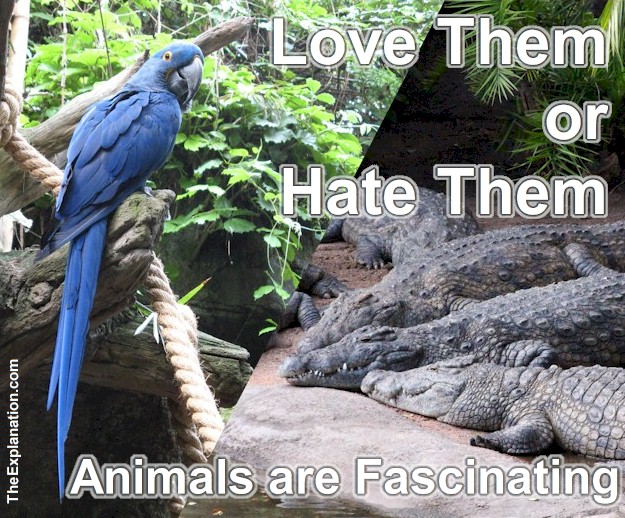 The Animal Kingdom with its beautiful biodiversity should cause humankind to sit up and think … It is fascinating. The Animal Kingdom with its beautiful biodiversity should cause mankind to sit up and think … It is fascinating.

The animal kingdom has it covered, whether it’s scorching hot or ice-cold each animal is weatherproof.

Emperor penguins, which most everyone is familiar with from films, and smaller Adelie penguins, which stand 70 centimeters (27.5 inches) in height and just come up to my knee, swim in the waters surrounding their icy environment.
(from chapter 6.8-9)

Part of the ice gives way to black sand, but for the most part, the environment is typical of the Antarctic. We are cold beyond belief, but the Adelie penguins that move from the water to the ice with ease (they are expert swimmers) seem unbothered. They waddle with their jaunty, all-black tuxedo tails spread out behind them.

“Why don’t they fly?” someone asks. “They have wings.” “They’re short compared to the rest of their body,” someone else observes.

In the animal kingdom, each animal is specialized. While pondering what penguins can’t do, we observe their strengths closely. After all, we are the ones shivering in freezing temperatures while the penguins huddle together for warmth.

“Don’t their feet and legs get cold?” one of our questioners asks as we all huddle together, taking our cue from the penguins.

If we were to x-ray the penguins’ legs right now, you would see that unlike the muscles in your arms, legs, and feet, the muscles that connect to their legs and flippers are located inside a layer of belly fat. This protects them from temperatures as cold as minus 1.9 degrees Celsius, or 28.5 degrees Fahrenheit, which is the freezing point of the seawater that the penguins swim in.

The flippers and legs don’t freeze because their tendons are like puppet strings controlled elsewhere by their muscles located in regions at normal body temperatures which keep operating despite the most extreme temperatures.

In addition, if you were to observe the penguins’ circulatory systems, you’d see that the blood flowing to the flippers and legs cooling the blood off is reheated as it flows away from these extremities back through the rest of the body keeping the penguins warm.

The penguins can adjust the blood flow to the most vulnerable parts of their body and keep them just above freezing. That’s all they need to continue their activities of fishing, sitting on eggs, and diving out of the water onto the ice. Adaptability is a trademark of the animal kingdom.

#Penguins can adjust the blood flow to their feet and body parts as needed and will never freeze. Click To Tweet

The Freezer year round

We leave the penguins behind and enter another glass enclosure, which is partitioned into several mini-worlds. A black scarab beetle perches in a dry crevice in a dead tree covered with ice. Its eyes have a thin film of frost, but the black scarab never gets cold in its eyes or anywhere else.

In addition, the ice never drains the moisture from the beetle’s body. In other insects, ice can kill body cells, but the black scarab is immune. How is this possible?

This little beetle, a full member of the animal kingdom, from Alaska carries within its cells an enormous nonprotein antifreeze molecule that blocks the ice crystals. They can neither grow nor penetrate the beetle’s defenses because that molecule holds the ice back.

Imagine, the Alaskan #scarab #beetle can survive temperatures of -104 degrees Fahrenheit because of its antifreeze molecule Click To Tweet

You might be shivering if you were sitting in that tree, but this beetle is fine. In some cases, it can survive temperatures of -76 degrees Celsius, or -104 degrees Fahrenheit.

Next door to the Alaskan beetle is a piece of the Sahara Desert. Through an opening, we can feel the Sahara summer heat reaching temperatures of fifty degrees Celsius, or 122 degrees Fahrenheit.

Another unique representative of the animal kingdom, in the genus of ant called Cataglyphis withstands the heat and sunlight that bakes the remains of a black desert beetle. The Saharan silver ant, as it’s also known, has different ways of avoiding the deadly effects of heat.

The ant moves carefully away from sunbeams toward the entrance hole to its nest. Several more ants follow. They have heat radar; they automatically know where to go to avoid the heat.

The ants move quickly, raising their long front legs and sprinting on their other four legs. Someone remarks that the legs are more extensive than, for example, the weaver ants’ legs. Look at the distance between the ants’ bodies and the scorching sands.

The legs keep them from contact with the sand, and when they are running, those back legs somehow help them achieve greater speed. It’s an intriguing trick. They use this gait on their daily forays to scavenge, a dead mouse, for example, or the remains of that Saharan beetle.

On these food-finding trips, these ants release a “heat shock” protein just before leaving the nest. You drink bottles of water, grab an umbrella, or put on cooling sunscreen before leaving the house, but you usually have to check the weather.

These ants know what the temperature will be and they protect themselves for the short time they’re exposed to extreme heat. No wonder they’re called one of the most heat-resistant animals. Frankly, we’re not even surprised to learn the incredible capacities that characterize the animal kingdom … there are so many of them.

A visit to the African Namib Desert south of the Equator reveals the tiny, flying saucer-shaped trench beetle digging small trenches in the desert floor. Fog winds from the Atlantic deposit precious water in the trenches which is recuperated from the sand. Other trench beetles adopt a heads-down posture, facing the wind with the fog condensing into droplets on their disc-shaped, off-white carapaces.

These droplets then run down to the beetle’s mouth, allowing it to drink water and cooling it during summer temperatures of forty degrees Celsius, or 104 degrees Fahrenheit. Those are called catchments, and they are a feat of human-like engineering.

Again, “nature originates, man copies.” Scientists are studying the Alaskan beetle’s protein antifreeze and the wood frog of North America, which can store urea and glucose (sugar) in its cells in preparation for winter and in order to prevent its tissues from shrinking during sub-zero temperatures.

These species preserve themselves without thinking about it, in response to stimuli and triggers from the environment. How do they do this? At the same time, man needs to design and develop ways of freezing biomaterial, including cells and tissues, for scientific study and medical applications.

This is a project undertaken by no less an institution than the San Diego Zoo, which reflects our zoo’s respect and admiration for the animal kingdom.

We are remaining here for a while in order to explore and learn, because the questions of animals’ capabilities still linger in our minds. Lions hunt, butterflies migrate, bears hibernate, geese fly in an unmistakable V formation, and cheetahs run.

Cheetahs are built for speed and have inspired prosthetic leg designs for runners who have had legs amputated.

We watch the chimpanzees, the rats, or the warthogs in their exhibits and we imagine the un-animaginable: in the end, do these animals match humans in intelligence even as they surpass them in the abilities to resist cold, build cities, and fly in ways that inspire poetry?

Why do animals surpass man in the abilities to resist cold, build cities, and fly in ways that inspire poetry? Click To Tweet

The central question of The Explanation series is: “How would you bring peace and prosperity to Earth?”

“In that case,” he says, “with regard to the Inventory of space, atmosphere, water, land, flora, and fauna (the chapters we’ve just covered), the fact is that this question is redundant. It really is a nonissue.”

The bottom line is that if we simply left all of these elements alone to run themselves, so to speak, there is an unfathomable process called the balance of nature that would systematize peace and prosperity.

Over many years and in the case of natural catastrophes, this equilibrium does have its ups and downs; nonetheless, the result has been the incredible biodiversity we witness around our Earth.

It has essentially established a natural harmony between the material, earthy elements and the living plants and the animal kingdom. Water creatures in rivers and seas thrive, having a multitude of resources at their disposal.

Fowl and insects interact with the earth and flora to give us the fertility and beauty of the lush landscapes and forests that we can still see in pristine regions of our planet. It would be like a wild, unattended garden: exotic, but in a sort of colorful disarray.

In part, it would be like walking through a majestic, magnificent jungle, like the Amazon in all its splendor. If you were going to live there as a human, you’d want to do some planning and adjust the environment for human comfort.

And that’s where humans come on the scene. That’s where our central question takes on all of its significance, because humans are especially devoted to bringing peace and prosperity to Earth.

Man can enhance or degrade the balance of nature. He can use or abuse Earth. Click To Tweet

Man can enhance or degrade the balance of nature; he can even improve that landscape and jungle in the same way that he can create an exquisite Japanese or English garden. He can use or abuse Earth.

There’s much to be said about this in Audit of the Universe, book two of The Explanation.

For now, however, we continue to take Inventory of the Universe as we broach the subject of this unique creature—humans known as man and woman.

This post is an excerpt from chapter 6.8-9 of Inventory of the Universe.

Below are a couple of videos that reveal the impact of the animal kingdom on us mortals. The first one has 25 animal kingdom facts that you might find hard to believe.

Now it’s time for a little fun and laughs. Loosen up with some funny moments in the animal kingdom!

Since you read all the way to here… you liked it. Please use the Social Network links just below to share this information from The Explanation, The Animal Kingdom will Never Cease to Amaze Mankind