What has the Lego Construction Set got to do with the Truth? If Anything! 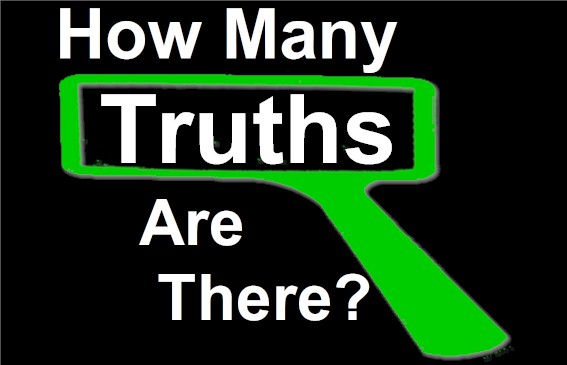 Multiple truths or a single truth … Can ‘Lego’, yes, the construction set, and ‘Picture Puzzles’ lead us to the answer? How many Truths are there? Can ‘Lego’–like in the Lego construction set–help lead us to the answer?

In the last blog post we looked at 557,707 pieces of lego and found that with this kiddie (and older!) construction set we could build hundreds and even thousands of DIFFERENT objects from birds to buildings, from cars to cauliflowers, using the SAME lego pieces. These building bricks are powerful creative imagination enhancers. In fact, the fundamental concept underlying lego—meaning ‘play well’– is: The combination of a structured system, logic and unlimited creativity encourages the child to learn through play in a wholly unique LEGO fashion. Very wholesome, too bad a lot of other children’s toy manufacturers don’t adhere to that philosophy.

However, this blog is not about ‘toys’ as such, The Explanation touches on the fundamentals of society and why Man is what he is … realizing that he has a responsibility here and now with regard to the planet he lives on. In particular, how to bring peace and prosperity to fellow ‘men’ which, of course, includes women, worldwide.

So, what is the relationship between The Explanation and 557,707 pieces of LEGO and pieces of a puzzle picture? Well, as I indicated,

Let’s switch realms and do a swift move from toys to sacred texts. That is a switch!

In fact, you’ve probably been wondering why I chose such an odd (pun intended) number as 557.707.

But that’s just numbers of words. Now for the fundamental, really interesting question.

Are those words that make up the Bible to be used like a Lego construction set OR like a picture puzzle?

Let me put it another way: Can those words be used to make hundreds or thousands of DIFFERENT pictures? OR do they come together to form ONLY ONE picture?

We all realize that all the words in the Bible have to be ‘built to form something’. The question is WHAT do they build? What is the END result of this construction?

Let’s go one step further with our reasoning:

But so difficult to comprehend! So difficult to accept! So difficult to build! How can you put 577,707 words in the Old and New Testaments, in Hebrew and Greek, and on top of this, written hundreds of years apart, together to CREATE just ONE coherent PICTURE?!!

As readers of this blog, you know that before you can expect to get answers … you’ve got to ask the right questions.

That is a fundamental question.

Why am I even talking about ‘Lego’ anyway?
Well, there’s a reason for that too … even if might seem a bit far-fetched.

Would you believe it, there’s a Greek word in the New Testament that is: lego
And I’ll show you that, probably unbeknownst to you, not only did you know that… but you also know what it means!

The Greek word lego is used hundreds of times in the New Testament and the King James version of the Bible translator’s used these words to define it: Ask, bid, boast, call, describe, give out, name, put forth, say (-ing, on), shew, speak, tell, utter. Most often it is translated ‘say.’

The meaning here is: To relate, in words, usually of systematic or set discourse.

Unfortunately, given the space we have, I can’t get into all the details and Biblical references for this. But, based on ‘lego’ we get ‘Logos’. You can see the similarity of the root consonants.

The term ‘Logos’ should ring a bell, if not, allow me to refresh your memory: In the Bible the Apostle John opens his Epistle with these words: In the beginning was the Word, and the Word was with God, and the Word was God. (John 1:1). Three times in this verse we see Logos translated Word. This verse is very powerful for many reasons, again, that we will not broach now. Whether you believe it or not is not the point now, just notice that the ‘Word was God.’

A little further on we read, And the Word was made flesh, and dwelt among us … full of grace and truth, (John 1:14). Again, whether you believe it or not is not the point. We know this is a reference to Jesus Christ. Hence, literally one of the names of Christ was Logos, or the Word.

He has been called the Expression of Divinity. That is part of the comprehension of the word ‘truth’ at the end of the verse. So, here’s the question, are there multiple thousands of truths (like the lego set) or only one truth (like the picture puzzle)?

To help you answer that question, let me give you another Greek and English word that derives from ‘logos’: logic. So, logically, how many ‘truths’ can you have?  A ‘lego’ amount?  Or a picture puzzle amount?

This post is rather dense when it comes to concepts … and I’m going to add a closing point here … an additional word and idea that is expressed by the term ‘logos’ and its derivatives: To think, to reason with one’s mental faculties.

In fact, one of the expressions used with reference to ‘logos’ is: Take an Inventory.

Imagine that… the title of my first book in The Explanation series… I didn’t realize that until after designating that name. But that’s secondary. What is important is what is wrapped up in all these concepts: Word, Expression, Truth, Logic, Think, Inventory.

How will you lego lego?  How will you play well with ‘systematic discourse with meaning‘? I don’t know if the manufacturers of Lego know the Greek counterpart … I’d be interested to know, but if you reread their philosophy above it includes a combination of a structured system, logic … which embraces the meaning of the Greek.

That is the ultimate answer to the questions we are broaching. If we really want answers… then there aren’t 36 different approaches to reach those answers.

Since you read all the way to here… you liked it. Please use the Social Network links just below to share this information from The Explanation, What has the Lego Construction Set got to do with the Truth? If Anything!