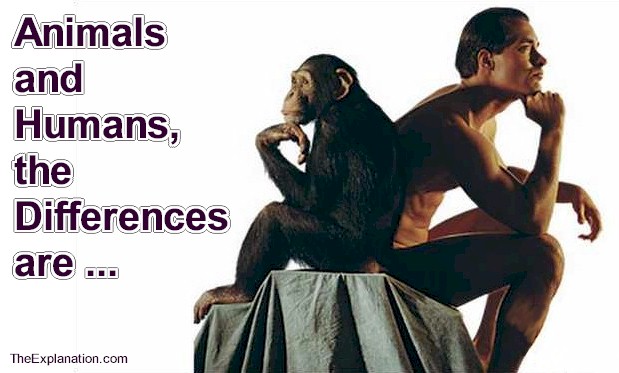 Amazing Animals and Less Amazing Humans. We love animals, at least most of them, but animals and humanity live in two separate worlds. Even if they co-habit, they’re miles and kilometers apart. Amazing Animals and Less Amazing Humans. We love animals, at least most of them, but animals and humanity live in two separate worlds. Even if they co-habit, they’re miles and kilometers apart.

A strange assortment of animals from our chapter 6 menagerie has marched into the lab as we continue to study and compare them. The chuckwalla, for example, sneezes salt to lower the sodium content in its body.
(chapter 10.2)

This is a handy survival tool, since the chuckwalla receives enough salt in its diet of desert plants to kill an ordinary animal. This is yet another thing we humans may want to emulate, given the well-publicized effects of too much salt. Still, active adults do lose salt through perspiration.

From the baby rats born with a sense of direction to the chuckwalla with its sodium defense, animals seem to outperform man in many respects. As our tour group continues to interact with some animals while taking care to avoid inciting their wild instincts, we are struck by the cleverness of the chimpanzees and the grace of the hummingbirds.

Our tour group has probably heard of the tales of Lassie, Rin Tin Tin, Tornado (Zorro’s horse), and Flipper the dolphin. If so, these people have been intrigued by the exploits of these creatures. Lassie’s rescues or Flipper’s friendship with humans suggest that animals have an emotional relationship with man.

We watch videos of a lion cub brought up by two human brothers who, when he becomes too big to keep in their home at eight months of age, release him into the wild. Years later, the brothers seek out the full-grown, “jungleized” lion.

Even after such a long time, the lion recognizes the men and comes playfully bounding up to them, placing his huge paws on their shoulders and licking them in joy. We have seen these videos on the Internet and TV, but we enjoy them once again here.

This example and others—such as dogs warning their owners of danger or cats alerting humans to a deadly gas leak—demonstrate that there is a relationship between certain animals and man. That said, this type of relationship is limited and there are one or two people or a family who share this type of bond with an animal.

Similarly, we could discuss at length the relationships animals have between themselves.

We view videos of a cat being raised by a horde of hyenas, a lioness that adopts an oryx calf, a cheetah and a dog raised together, and the social relationships of a clan of monkeys, five females and a male, that raise their young and live together for forty years. Among the animals that physically surround us in the lab, we see a dog rescuing puppies from drowning.

We also see members of a pride composed of several generations of lions. The pride is overseen by a “sage king” who watches over the other members as they hunt, breed, and protect their territory as a unit.

As we look at these examples, we wonder: Do animals demonstrate kinship as we understand it, or is it merely survival instinct? For example, baby ducks imprint on the first moving object or creature they see. In general, wild creatures bond with their parents for survival. As we’ve seen, however, ducklings can feed themselves and fly within about six weeks.

Instinct is a motivator for animal behavior. The lion cubs in the pride are born with the instinct to play rough with their brothers and sisters. Think of the warthog that enters its burrow backward, facing the entrance in a charging position that helps them confront potential predators. It’s simply learned by rote for the warthog.

We ponder the difference between instinct and intelligence. Instinct is a pre-programmed, inherent trait associated with automatism. Intelligence is the gathering of relevant (and hopefully correct and comprehensive) information followed by a deliberate decision that could be right or wrong.

Identical information could cause different and even opposite decisions in various human beings. We shall save this last discussion for a later moment.

Although certain animals have quasi-manlike traits, such as those we saw in some introductory examples, it is safe to say that the following qualities and characteristics characterize man and man alone among the animate beings on Earth: Love, hate, intelligence, creativity, pleasure, evil, good, altruism, egoism, jealousy, and anger. The ability to create new relationships (man’s “social side”) includes his social intelligence (or stupidity).

Humanity’s philanthropic endeavors on an individual and global level, such as Doctors Without Borders and Oxfam, help with every conceivable problem. This includes taking care of animals!

As our man-versus-animal guide, Galacti summarizes and points out the differences between animals and man.

This post is an excerpt from chapter 10.2 of Inventory of the Universe.

This is a very controversial subject, as this first video shows. Today many scientists and organizations are investigating this subject and promoting the sentient intelligence of animals… which, without a doubt exists.

The bigger question, though, is: Are we humans just ‘higher level’ animals or are we a totally different species? The Explanation takes a clear stand on this issue as you will see in reading this chapter. In book 3 Origin of the Universe I will clearly explain why I take this stance.

Here’s a viewpoint about the differences between animals and humans. Definitely food for thought… Hmmmmm. Could that be an important difference?

Since you read all the way to here… you liked it. Please use the Social Network links just below to share this information from The Explanation, Amazing Animals & Less Amazing Humans – Separated by a Gulf