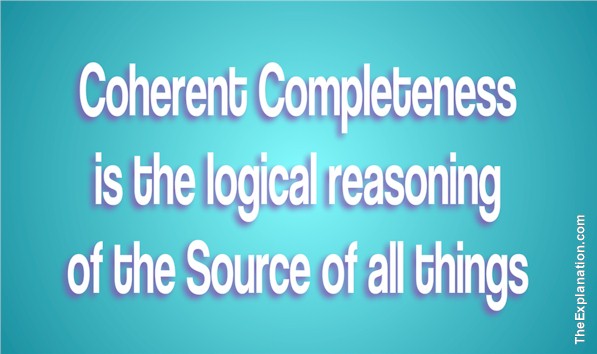 Referring to the definition of theology from the last blog post, this ‘sound reasoned study’ should lead, in a harmonious way, to peace and prosperity. It’s not just about ‘humanity,’ but about humanity and nature. It’s about the physical and the non-physical, the visible and the invisible, the material facts and the mental ethereal—or the spiritual, as some would call it.
(Origin of the Universe chapter 1.3)

In the last post of Origin of the Universe, I defined the word ‘theology’ as the logical words of God. I need to take you on a short, or more likely, very long thought journey. You might already be skeptical (or outright dubious) about where I’m leading you. But I need to share another primary port of call with you as we start to examine the Origin of the Universe. That, of and by itself, is already a daring destination. But, even more daring, is the answer to the question: Why is there a Universe?

In conclusion to this section on Theology, I’d like to tell you about a dilemma I had when the idea of writing a book first germinated: The title. What was I going to name it? Initially, it was to be one book, not a series. And the second question, as the author, how should I present my name? Maybe even use a pseudonym. As you can see, I decided against the latter simply because the teaching and videos that accompany the books would reveal my identity, anyway.