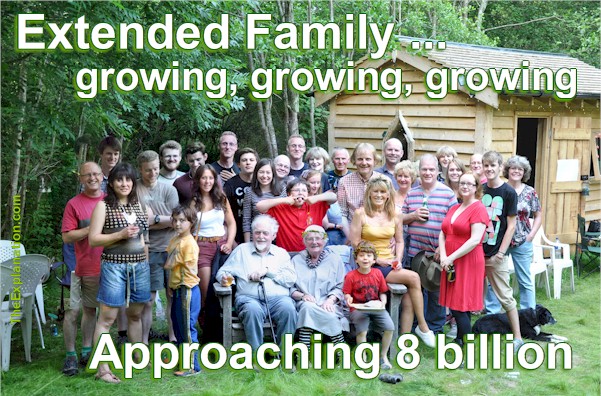 We’re discussing the structure of human society, the relationship between human beings, locally and internationally. We’ve discussed the equality of human beings and that humanity is composed of two compatible genders. The basis is that the only way to procreate is for two individuals, one of each gender, to come together. We’ve discussed the formation of such couples. Dating, engagement, courtship, bride, and groom. This leads to marriage and husband and wife with its beneficial effects. The family is the cornerstone and parenting with its complementary roles being the ideal incubator for the next generation.

If you’ve come across this blog post for the first time then please know that it is part of a larger work – Audit of the Universe. To see the entire context, which you can read online, click here.
We’ve reached an interesting, crucial and significant point in Audit of the Universe. We’re discussing major controversial issues of society. The goal is to clarify each of these puzzle pieces.
I’m asserting certain values. Why these assertions? What are they based on? The answers are found in the next book Origin of the Universe which you can read online here.

Here’s an overview of the steps to extended family growth. There is a brief explanation of the phases because I want to get across the generational growth process. What is known as the fertility rate, is for women to have 2.1 children for the population to remain stable and above for it to grow. In the 70’s it was 4.5, today the world fertility rate is around 2.5. It has dropped but the world population is still growing rapidly.

It doesn’t stop here as we’ll see next week.

Extended family, the state of affairs

These are all links in a chain, and the chain is as strong as its weakest link. If any of these steps are skipped, broken or, worst of all, destroyed, human society gets upset. This knowledge allows us to do an audit of social relations in a nuclear family, an extended family, and beyond to all families.

Some people may think that the family schema I painted at the beginning of this post is rather old-school. I’d call it historical and traditional. In Origin of the Universe I’ll not only explain why it is so but the purpose of why it’s so. But I’d like to leave you with something important to think about in the context of Audit of the Universe.

We’ve already looked at How Humankind Functions. We ascertained the necessity for the wellbeing of a society (at all levels) to have common ethics. Again, some might consider the traditional family as out-of-fashion, inappropriate in the 21st Century, incomplete given our individual needs, or for whatever other reason. Each is entitled to their opinion.

IF the traditional family with love and proper education were the ethical model would it help ease some heart-wrenching problems and debates we're facing today? Abortion, STDs, pornography, divorce... Click To Tweet

I realize this is idealistic, pie-in-the-sky, wishful thinking, taking into consideration where we are in society today. In most Western countries, and maybe around the world, society has evolved so fast in the past three decades that such ethics are part of history. But, it is recognized that family and extended family are the basis of a solid functional society.

Rev. Dr. Wilson Goode When you really don’t have a strong family unit, when you have single parents household where the mother may be on welfare, the father is not providing support; the children living in environment which is drug infested you end up with a society that is in fact in disarray and become dysfunctional and the children grow up dysfunctional.

We have blasted through the post-WWII generations at an accelerating pace. Each generation’s characteristics are so altered from the preceding generation. Societal ethics, child-rearing and education practices, as well as technological influence, have all had their often pernicious effect of what we contemplate around us.

Some would say we’re better off, some would say worse. That’s up to you to decide. This post would simply like you to understand that extended family is the way human society and social relationships have developed from time immemorial. Historically and in the future, we cannot get away from that.

The extended family is the way human society and social relationships have developed from time immemorial. Historically and in the future, we cannot get away from that. Click To Tweet

This blog post is an excerpt from chapter 3.9 of the book Audit of Humankind.

Since you read all the way to here… you liked it. Please use the Social Network links just below to share this information from The Explanation, Extended family. Many Generations = World Population